I Went On A Walking Guided Tour Of Edinburgh, Where Harry Potter Was Created

Taking a Harry Potter Edinburgh guided tour, through the city where the story was written gave me a much-needed boost for the passion I have for writing. Even though writing is a creative process, it also implies a routine. Even if you’re JK Rowling, and have a ton of talent and a great story in your mind, it will eventually go away if you don’t block the time and put in the effort to actually write it down.

Before my trip to Scotland, I was very low on creativity and my natural wanting to write. I write for a living so for a writer to be unhinged at the idea of pulling out the laptop and writing yet another article, landing page, or whatever else, is concerning. I do take trips to cure my lack of inspiration from time to time, yet this downward spiral was more serious than any other one. 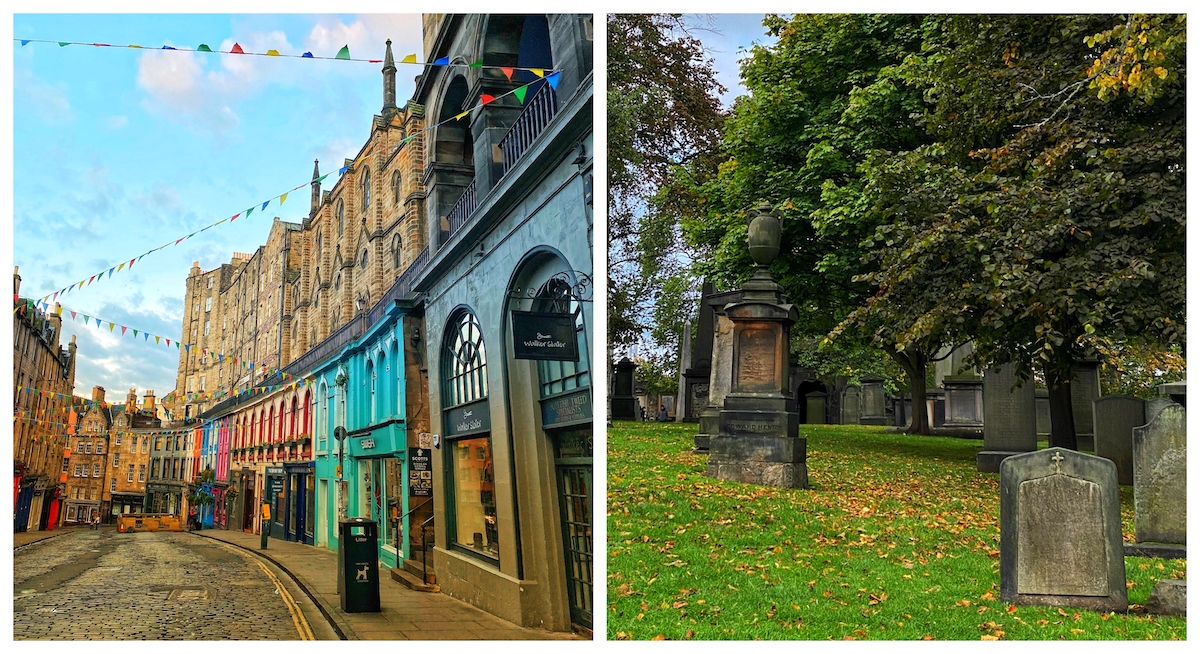 Then I got to Edinburgh and booked a $15 Harry Potter guided tour of the city. And yes, it helped a great deal! It rekindled my passion and wanting to write more than any fancy courses I’d find online. It made more good for my writing career than any other investment, including direct, skill-enhancing ones. Why? Because writing is all about inspiration. And inspiration I got!

How to book your tour

For those of you who are here looking for information on how to book a Harry Potter tour of Edinburgh, this is easily done by going on the GetYourGuide website or app and just looking for the tour. It costs about 15 pounds and you can book by day and hour. The guide we had was very kind and well-prepared, even though I’m sure she forgot to show us one place. No big deal! 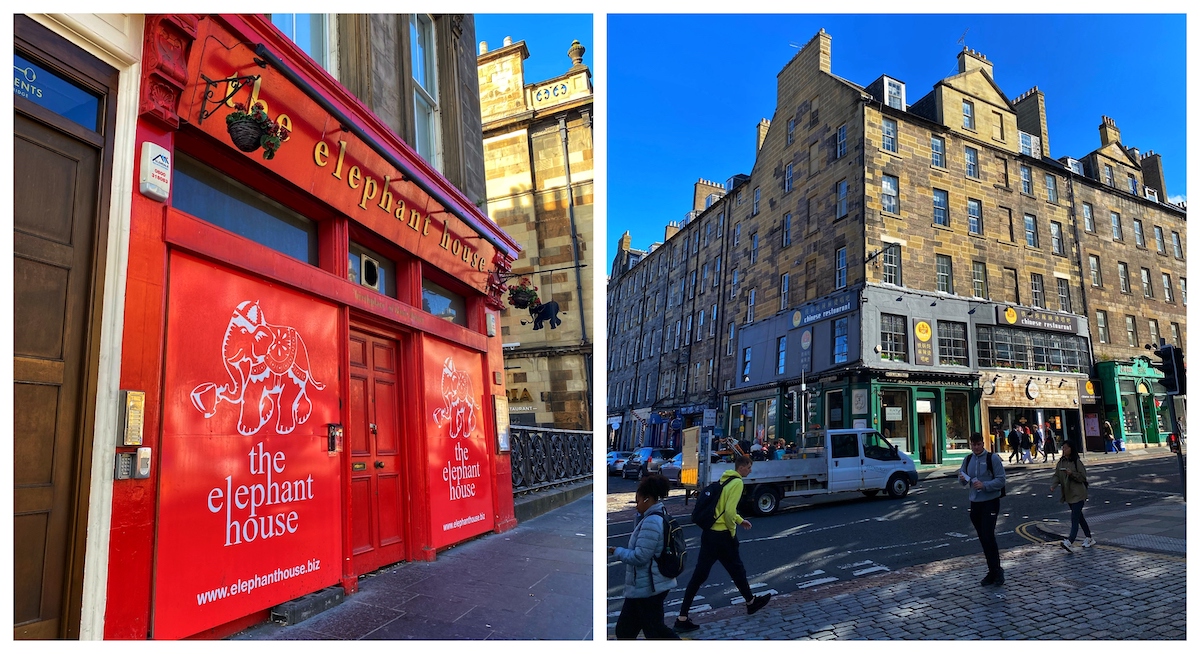 The Potter Store and underpass

The tour started in front of the Museum of Scotland, right under the statue of some important Scottish guy. We then made it to an underpass that’s called Potterway something, as well as in front of a Potter Store something. These have nothing to do with the Harry Potter series, as is the case with many “fake” inspirational places or names, streets or parks, kings or queens. Yet many are! 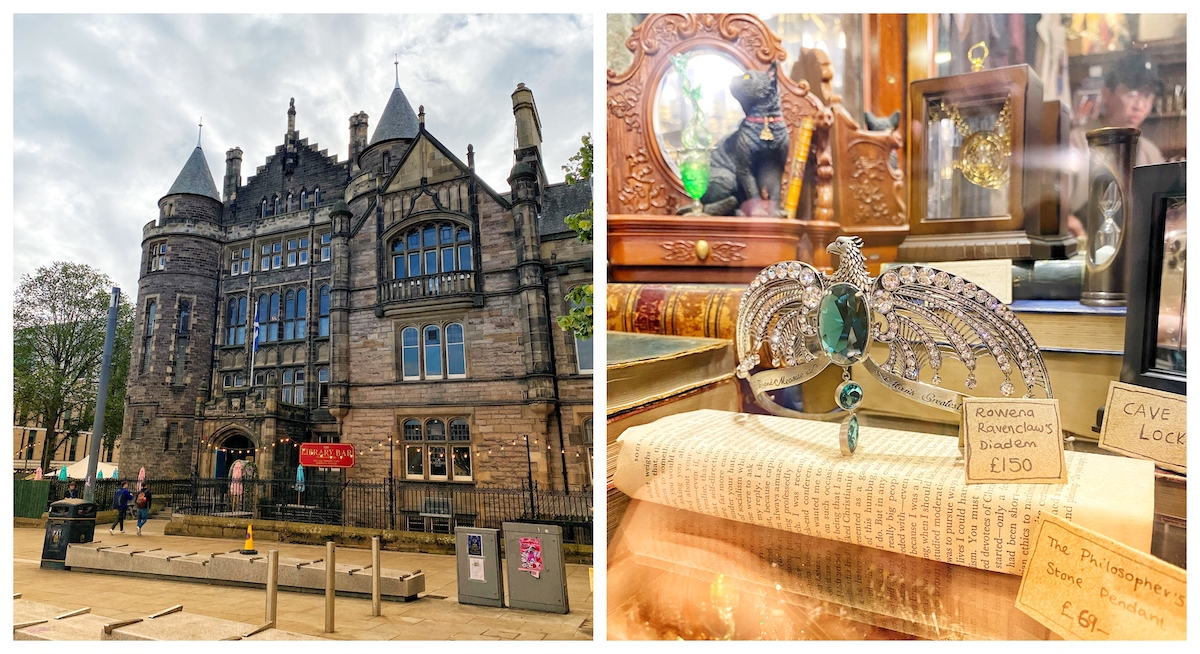 For example, it is true that JK Rowling used to write in the dungeon of the Library Bar of Edinburgh’s University. Yes, they have a bar inside a library of the university. I’d love to study in Edinburgh! Another great fact was that the Elephant House was not the birthplace of the story. Rowling came up with the idea while on a delayed train from Manchester to London. Trains are fast but always late in the UK.

The Harry Potter Edinburgh tour continued with a stop at the cemetery in the middle of the city. The cemetery used to be in a valley. Now it’s a hill. People die a lot in Edinburgh, that was the funniest thing I’ve heard on the whole tour. Here, Rowling got inspiration from the tombstones for some of the names in the books. Black, Riddle, Moody, Diggory and many others can be found here. Many were even stollen by “big fans” who wanted a special souvenir. Don’t ever do that. 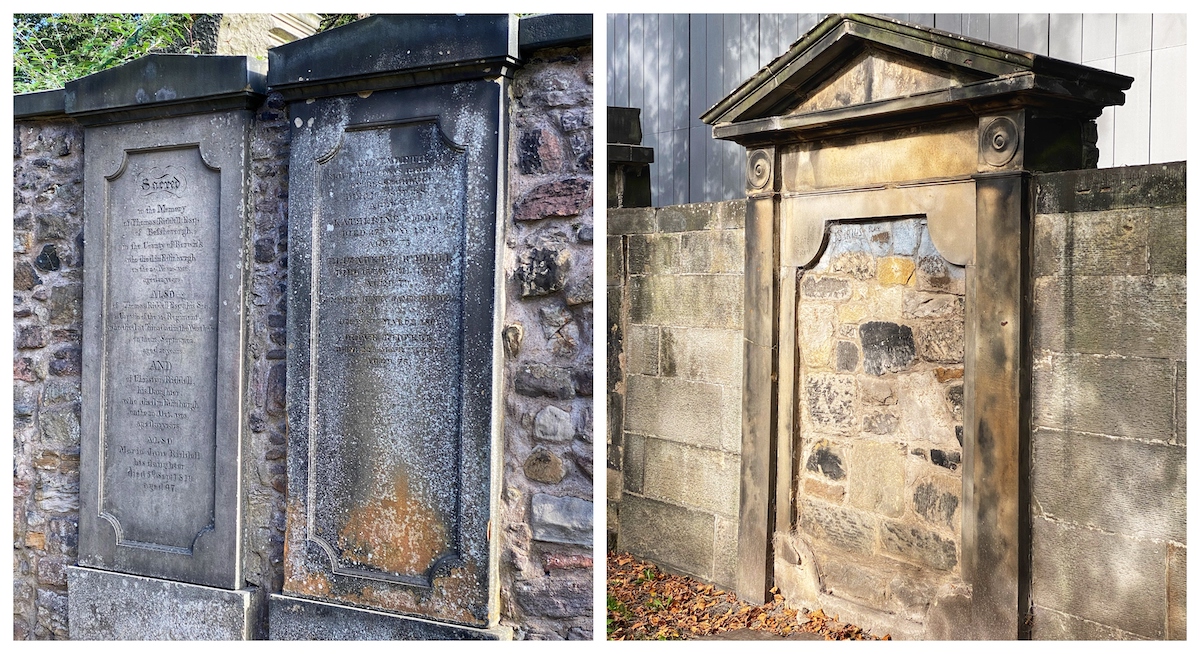 It’s a great deal of awe for me where people go for inspiration. The mom of Harry Potter literally used to hang around in cemeteries for that little spark of creativity. To me, the entire city is a big inspiration, with the cobbled streets, the fairytale castle and the many gorgeous buildings. But surely, if you want some great names… do as Rowling did and visit your local cemetery.

After a stroll through the cemetery, we were off to the street Rowling used for inspiration to create Diagon Alley. This is where young wizards would go to buy robes, owls, wands and the occasional restricted items. Think of talking skulls and grabbing hands. In Edinburgh, there is Victoria Street where the author got the inspiration for her descriptions in the books of the Alley. The street is colourful. That’s what you’ll be taking from it. It booms with colours, one more unique and bright than the other, every shop coming in a different hue of pink, yellow, green or blue. And the overhead terraces where one can enjoy a butterbeer, or just some wine if you’re a muggle, add to the entire experience of magic. You do feel some magic in here, that’s for sure. It’s a highlight of the Harry Potter Edinburgh tour.

Our final stop on this tour, which took about 2 hours or so, was in a courtyard just near the St. Giles’ Cathedral in central Edinburgh. Here, JK Rowling and other important folks of the city signed the pavement with their hands in a ceremony of sorts. It’s incredible how tiny her hands are, JK Rowling’s, but how huge and transformational her work was, and still is, for hundreds of millions of people.

The place was right next to a monument that looked like the Prefects bathroom where the entrance to the Chamber of Secrets was in the movies. In fact, Edinburgh is full of spots where the producers and Rowling took inspiration for the things you see in the films. Inspiration, that’s what this tour brought. For 15 pounds I got the inspiration to last me a year, at least!

My rekindled passion for writing

I am going to tell you the truth. I came to Edinburgh burned out from writing. This year marks my sixth full-time year of content creation. I’ve been doing it for over a decade but just now celebrate my 6th year on my own entirely. No boss, just pure madness, day in and night out. And while I love to do what I do, writing stuff for a living, sometimes even what you love the most can turn out to be a challenge or a burden.

Put your favourite song on repeat for an hour. It turns into unbearable noise.

Learning about Rowling and her struggles, being a single mom in a new city with no money or prospects, writing in cafes and going to graveyards for inspiration, rekindled the passion for writing within me. It made me appreciate my life, my work and my ability to arrange words in order to make them pleasant for the readers on the other side of the screen. I was grateful. 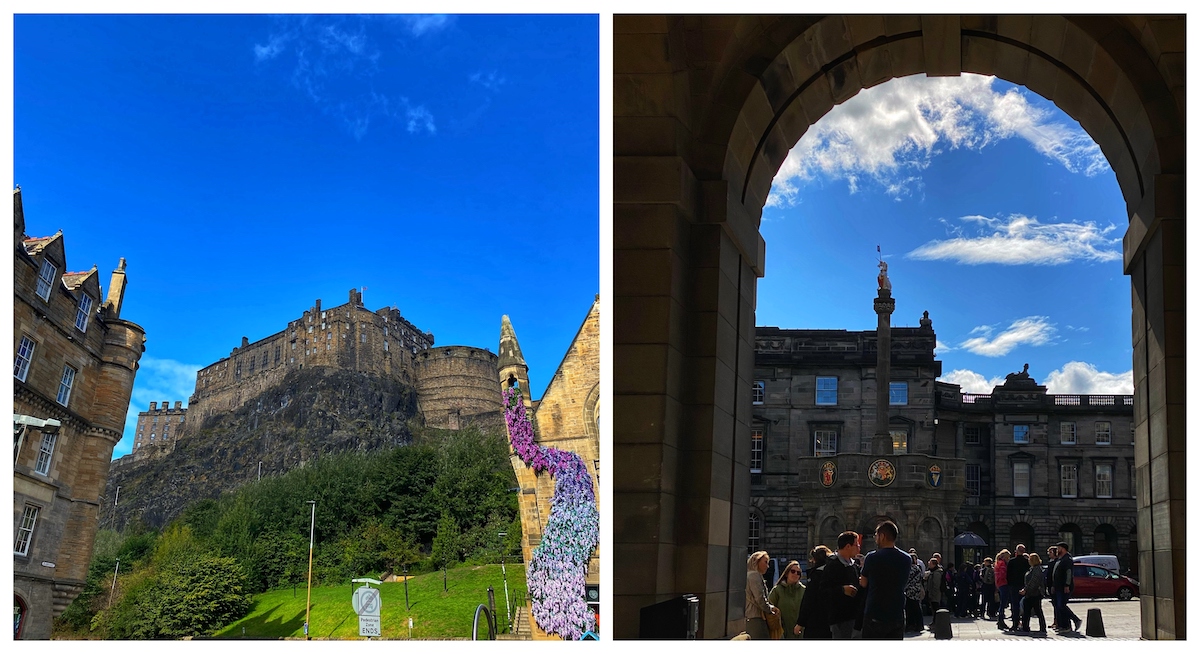 Grateful for being able to see how a great story takes birth. To be able to look beyond the pages of the books and into the very heart of the tale. Walk the streets filled with magic and touch the cold stone or hot leaves. Embrace the uncertainty of writing knowing that even when you’re low and miserable, there’s a chance to glow again, literally around the next corner.

As you can see, the writing inspiration stays with me even now, more than a month after my visit, while writing this piece. I love writing, even though I’m starting a YouTube channel about my travel adventures. It’s about 6 years late but here it comes! Writing will always be my true love, my pursuit of happiness, my purpose and my means of living. Although people will never know of me as an author, that’s totally fine. Or maybe they will, one day. Never say never, Justin.

Writers are a special breed. But mostly, we are unsure of what comes next. And that’s what forces us to push forward in order to see what’s behind the corner, curtain, plot or yellow tape. We want to know so that we can write about it. We’re curious and restless.