For 60 days, I had no Facebook. I just used the Messenger feature to keep in touch with friends and family. But there was no scrolling down for me. No likes, no shares, no comments. There was no drama, no violence, no fake news or any other type of news. It was a break that I wanted to take for a long time. And it did change the way I view the Internet, social media and everything else. It made me a better person.

I’m not a Facebook addict anymore. I do use Facebook now, but the entire time I spend on Facebook per day has been cut by 95% or more. I used to spend close to 2 hours every day mindlessly scrolling down on the Feed and not minding I was wasting my time. Now, I’m spending 10 minutes at most on the platform. I just add some news articles on the Facebook page of our online publication and that’s it.

Do we really socialise on Facebook? Think about it: you go online, click on the Like button a few times, then scroll down endlessly until it’s dinner time. Unless you’re posting something, then you’re waiting for somebody to “socialise” with you. Which is actually a Like or comment. An interaction like this, a superficial one, is far away from an actual, real talk. This is why I think Facebook has become a fake socialisation tool nowadays.

In reality, Facebook is only good at one thing: keeping yourself on their platform. They do this by a mixture of behavioural psychology, instant gratification and cat videos. I’m not joking. Facebook has a cool way of making you believe you’re important to be on the platform, and for the most part, you bite into that without a second guess. But the “social” part of the platform is mute. It goes only one way.

My work has been amazing in the past 60 days. I have been able to incorporate 6-8 hours of work into no more than 4 or 5. My family was simply amazed by the fact that, once of a sudden, I was getting home at 1 or 2 in the afternoon, not at 5, 6 or even 7 PM. When they asked me about it, I told them I just quit Facebook and I simply don’t have to scroll through stuff anymore. I just work and I’m done with it literally 2 times faster.

It’s not just the time that’s taken a hit at work, in a positive way, but also the quality of my work. I have never had a client, regardless if a direct one or from a platform, that has ever asked for their money back. These past two months, I had people saying I’m the best writer they’ve ever hired. That’s huge for me to hear, giving the fact that I’ve just passed the 2-year mark as a full-time freelancer.

As my work has reduced by half in terms of time, my social and personal life has doubled. I now have time for myself, which means I get home, have lunch if I haven’t had it at the office, sit for one hour or so, then do my treadmill and meditation. By dinner, I’m literally done for the day and can do whatever I want with my life. I can go shopping, go for a walk, maybe go biking, visit a friend or a neighbour, anything. And since there’s no Facebook, I can do these things fully aware of my surroundings, experiencing them as they should be experienced.

I have returned to Facebook now. But I have no mobile app for it. It’s just on the laptop, which by the way, gets to sit in its case from 4 in the afternoon until 9 AM the next day. I never use it at home anymore. The truth is, I don’t miss Facebook, which is the most shocking aspect of the whole ordeal. I do use Instagram quite a lot, but that’s usually a 10 to a 30-second thing to get “all caught up” and go through some Stories, and then you’re off for hours.

Yes, you can live without Facebook. No, you will not miss the socialisation part. No, you will not be forgotten by your friends or family. Yes, it will make you a better person, worker, partner and family member. And yes, you will have urges to go and install the app from time to time, but they’ll fade away if you don’t put too much interest into the feeling. Try a 7-day Facebook “detox” at first. After that, not being on Facebook will become second nature.

Because it’s in your nature to not be on a platform that’s selling your online time for billions of dollars. 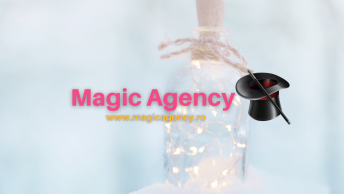 How I Launched Magic Agency, My Creative Den, And Turned It Profitable In One Month 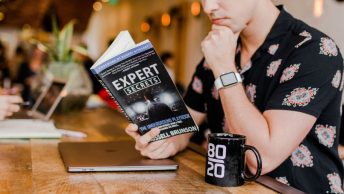 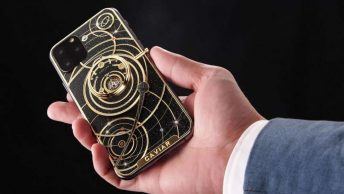