My first trip to Paris was a little rushed. Imagine this: I was in the city of art and history and yet I only got to see the Eiffel Tower in my very last few hours in the city. I would’ve almost missed it if my cold would’ve been worse that day than it was. Luckily the cold fully developed once I got home, so I got to enjoy 5 days of complete nose runs and coughing as I’ve never had before.

Coming back to the trip, my excursion to Paris was filled with awe. I’m not sure if this is the most beautiful city on Earth, as advertised (hi Barcelona!) but it is clean. It was the cleanest-looking, most impressive city I’ve seen so far. And the Eiffel Tower? Weird, uncommon, spectacular, and taller than expected but very touristy and closed during my visit to the city.

Hotels in Paris are too expensive for me to even write about it. So I found a cheap hostel and booked a single room for three nights in the French capital. I paid 240 bucks for a matchbox-sized room with a bed, a heater from the 1970s that worked great, a shower and a sink, and no toilet. And a small table with a chair for some work. Or for crying. Your choice. 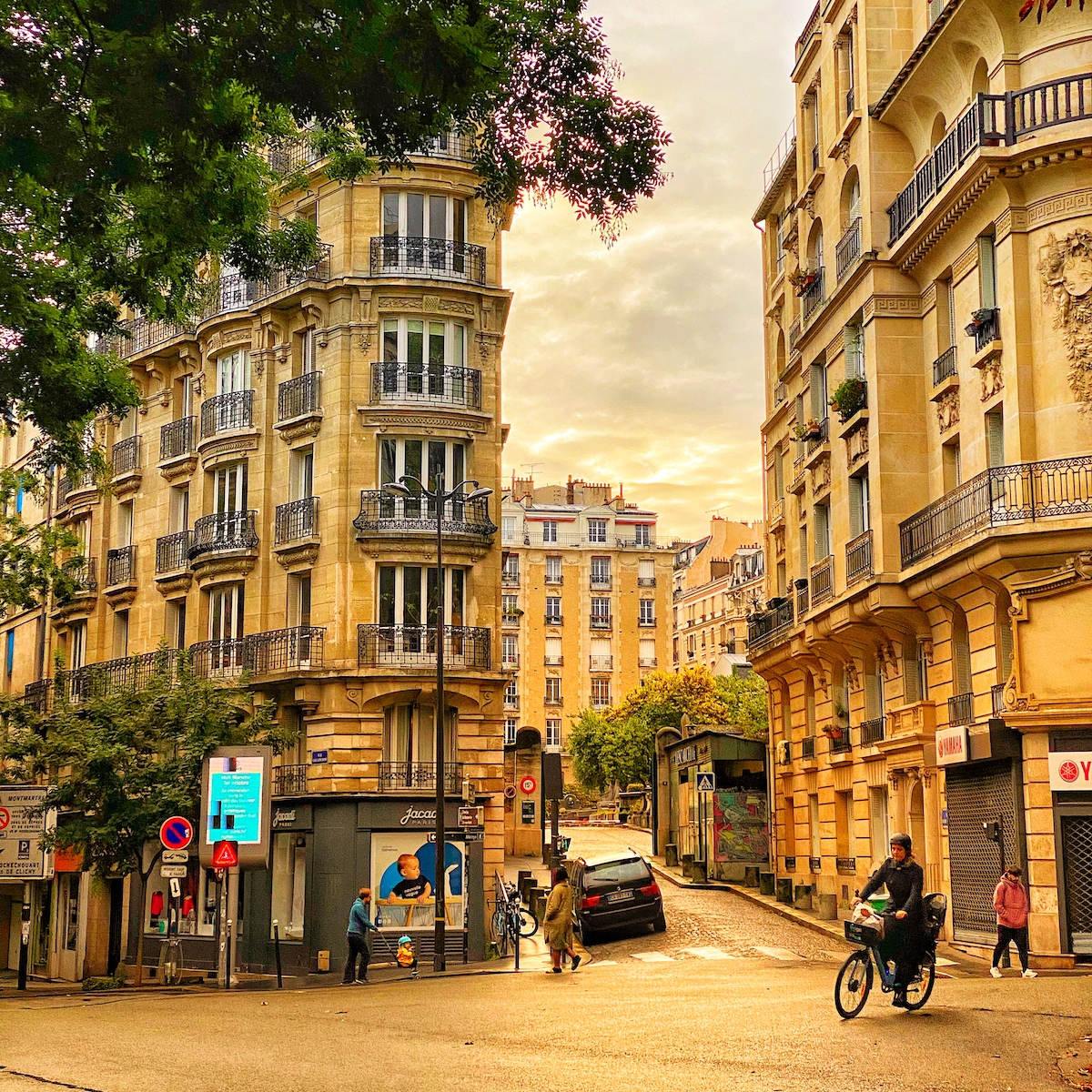 The best thing about the hostel I picked for my stay was the outside. More precisely, the location was in the middle of the Montmartre borough of Paris. Montmartre is one of the most popular boroughs of Paris, filled with restaurants and pastry shops, good coffee, hilly streets and beauty all around. It is also a tree-friendly place, with many streets covered by greenery, kept cool.

Besides your feet, Paris has a functional transportation system. The metro is not the newest but it does work, and it is reasonably priced. A single ticket costs 1,9 euros and gives you access to any form of transportation. I mostly used the bus and the metro but the bus is better as you get to see the city. The metro is hard to get to as there are not many escalators and A LOT of stairs. 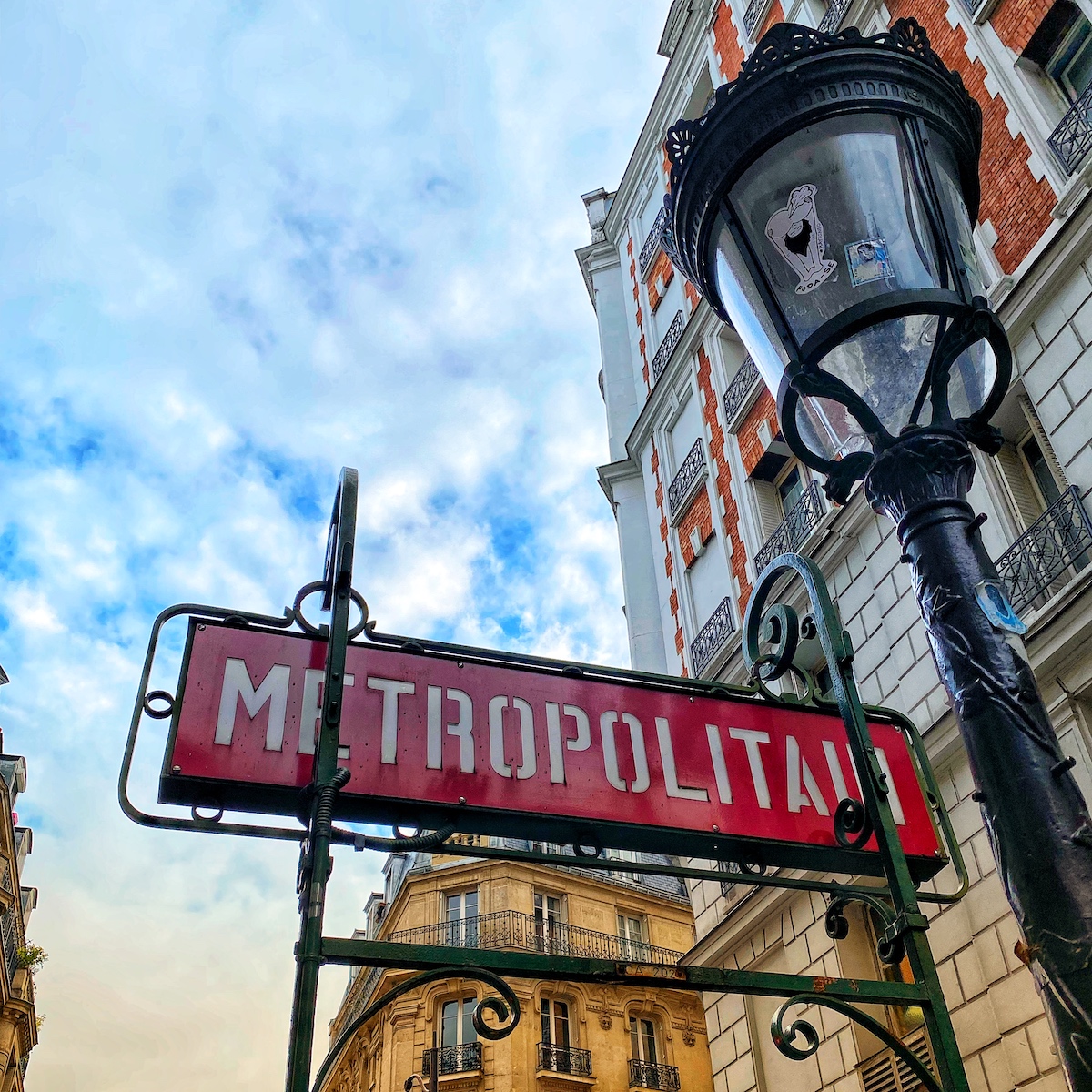 Once you’re in the central area of the city, you can easily walk from one attraction to the other. I did the entire city on foot from Place de la Concorde to the Notre Dame Cathedral, the Pantheon and Luxembourg Gardens, to the Louvre and then finally the Eiffel Tower. If you need to use the transport system often, buy a Navigo Liberte Pass, capped at 7,5 euros per day.

After 30 countries and many churches that I’ve seen, I have to say the Montmartre basilica of Sacre-Coeur is among the prettiest. In the night light, when the church is illuminated, the white exterior just shines and the stature of the church, high up on the hill, makes it even that much more imposing. It is a joy walking up the steep climb or taking the funicular, to get to the church. 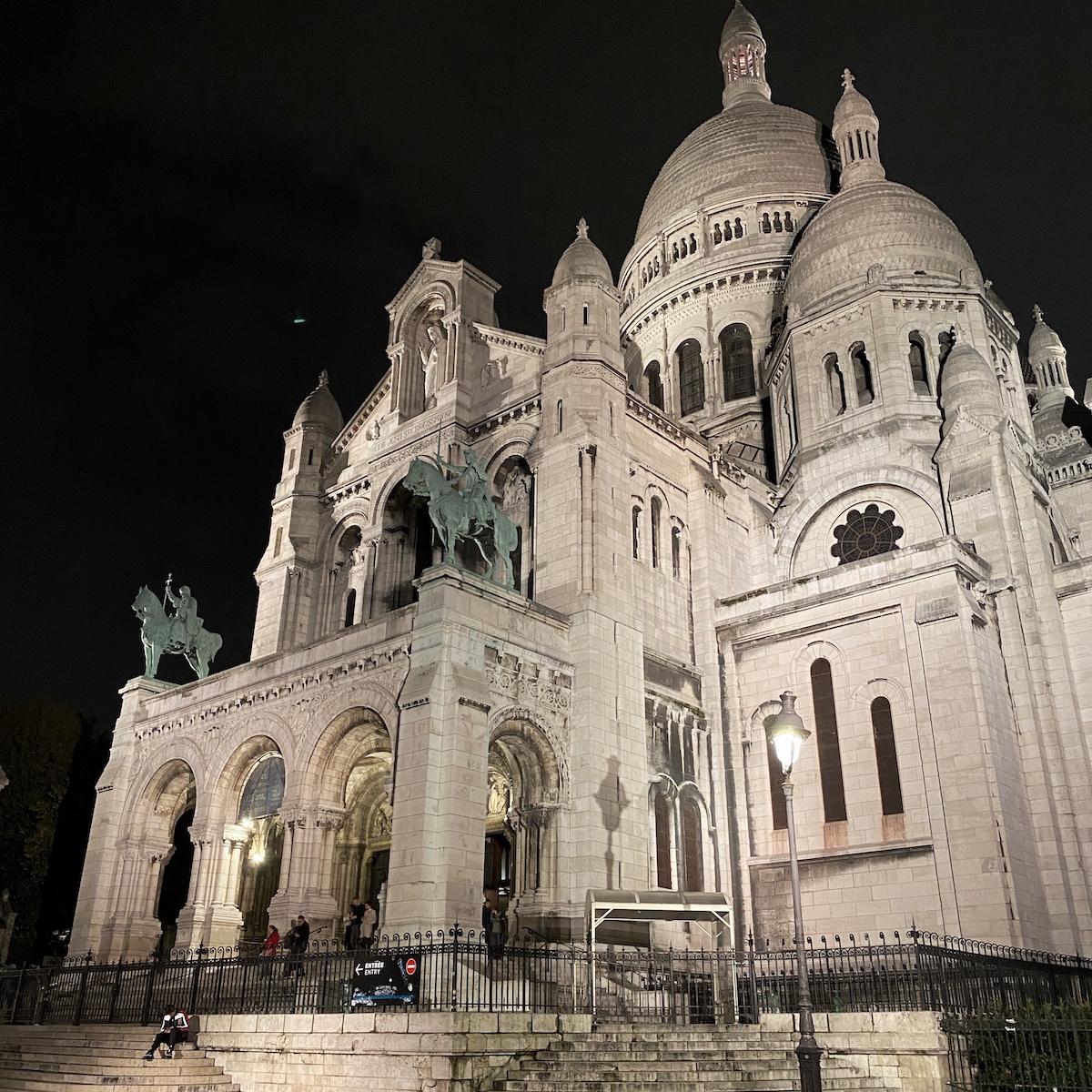 Once at the top of the hill, the church shines in all of its splendour. Another thing that shines is Paris, as you get to see the entire city from the high point, completely free. Or for 1,8 euros if you choose to ride the great funicular. I did that not because of the steep climb but because I’m lazy. I couldn’t go inside the church but surely, the Sacre-Coeur Basilica is just spectacular.

I booked a museum visit for 9:30 AM on the 28th of September. I got to the Louvre at the right time but on the wrong day, namely the 27th. After getting the error sorted, I boarded a train and went to Disneyland for the day, for which I got tickets on the 27th. The next day, I got to finally visit one of the few places in the world where I wanted to go ever since I was five or six. 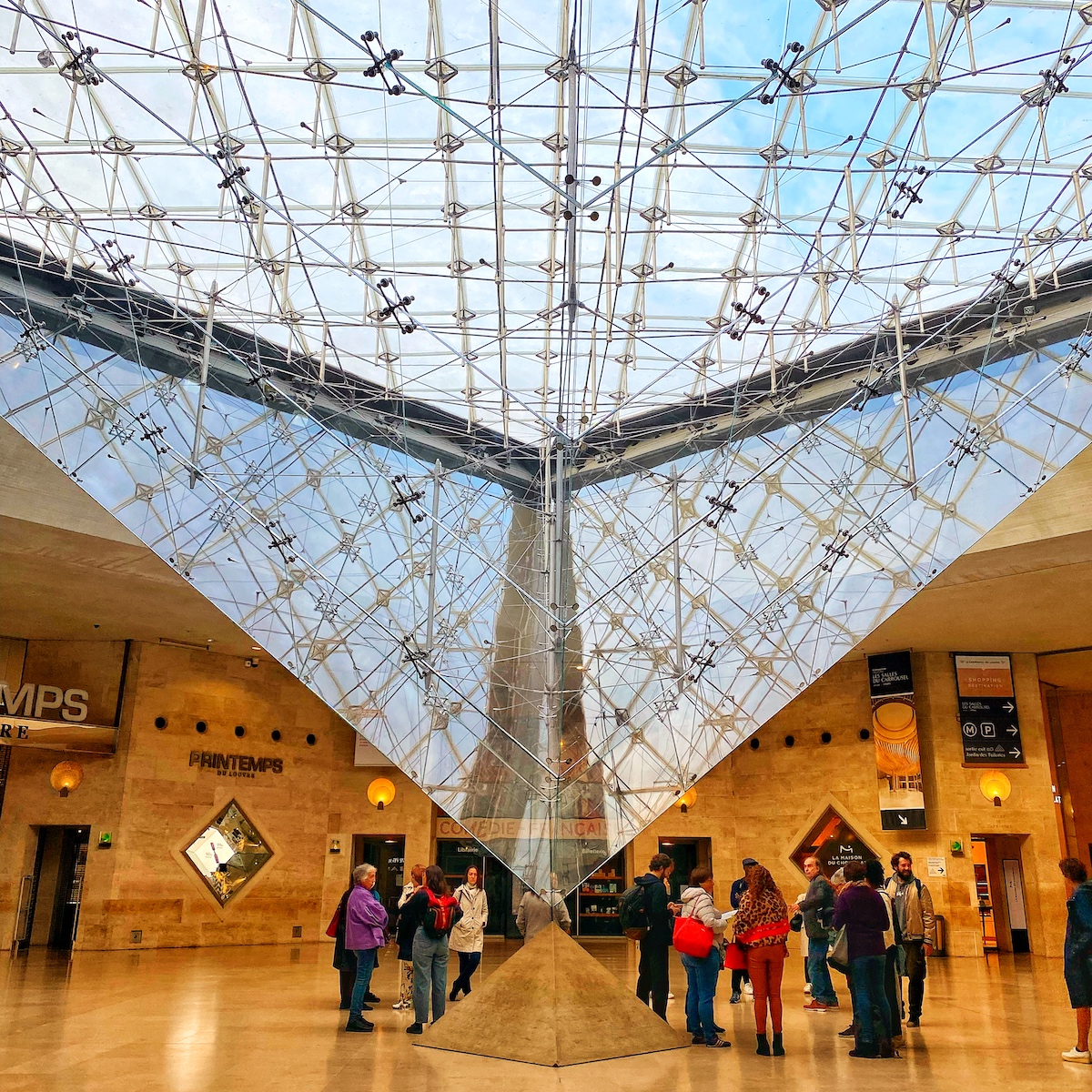 The Louvre is one of the biggest museums on the planet. It’s so big that I couldn’t find the Egyptian exposition even after talking with 4 museum staff members. Nobody could point me in the right direction, so I was forced to enjoy the other 300.000 pieces of priceless art from across the planet. And a pyramid-shaped cake that was extremely delicious and not a tourist trap. 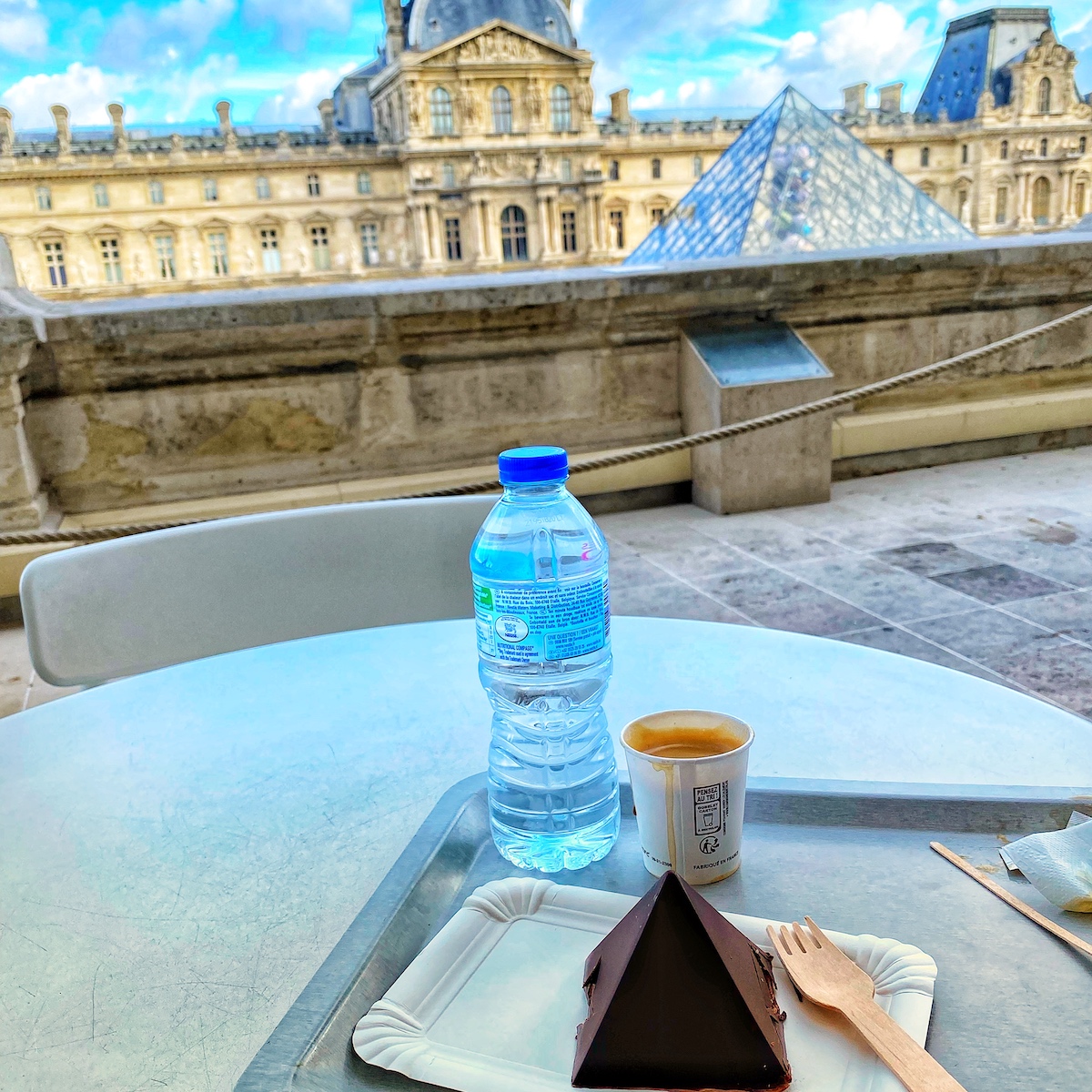 The shortest Louvre Museum review ever: The Mona Lisa is small, the Venus de Milo has no hands, the other paintings are much, much better, the Oriental art is spectacular, the cafe makes terrible coffee, great cakes, the staff is rude if you don’t speak French, you can get in for free if you qualify, the full price is worth it, the pyramid is cool, the Carousel mall is expensive. 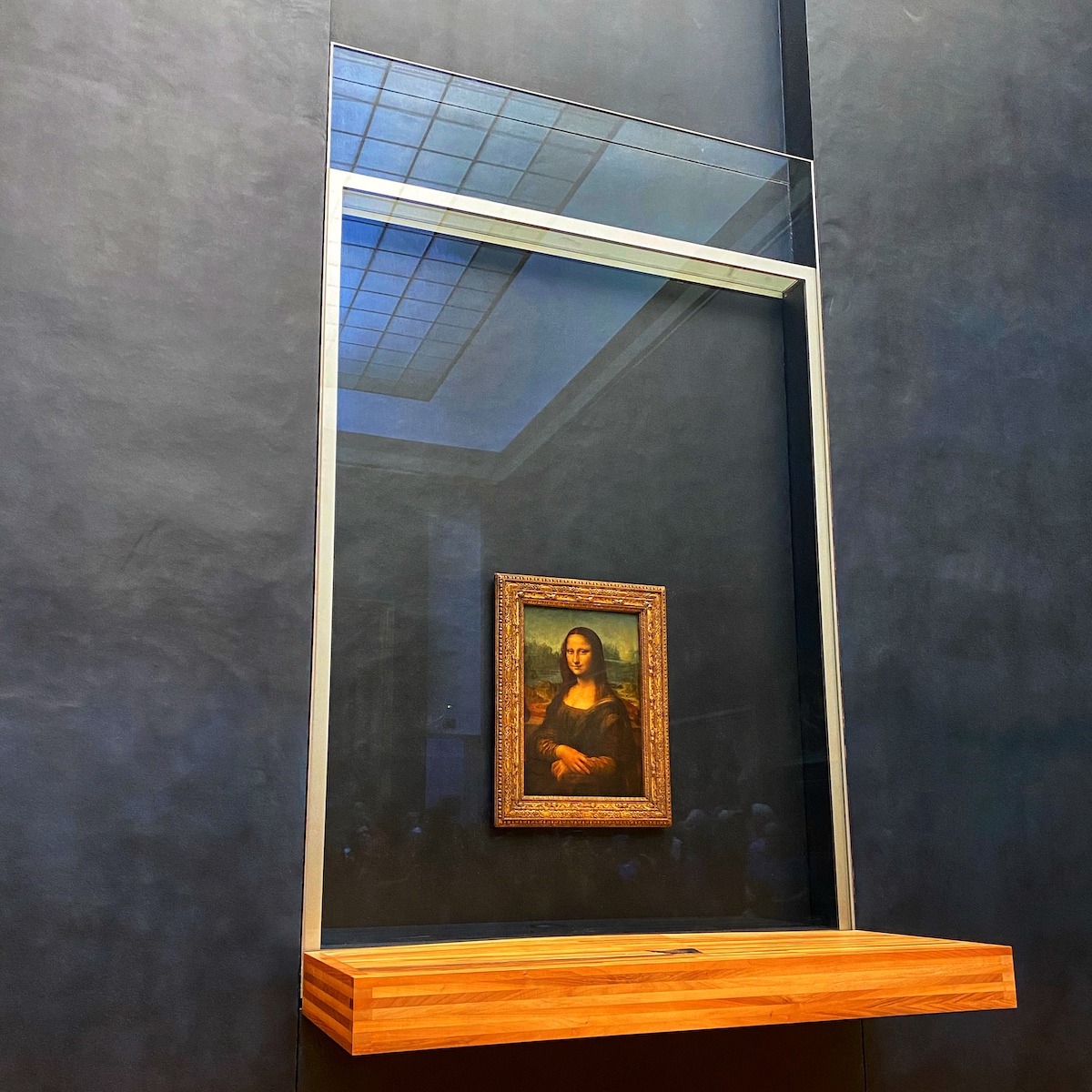 I’m not into fashion. I do love arches but when it comes to clothes, I buy them at 5-year intervals. Something like that. Or when they literally rip off my body. Or when some hottie does it, hello?! The Champs-Elysee boulevard is all about fashion. This is where you will find the most important brands of the industry, all with their own stores, with long lines at the doors.

Regardless of my lack of knowledge of clothing, I got to visit one of the malls on the most famous street in Paris. And it was filled with opulence, with luxury and designer clothes. And watches and hats, and sunglasses and chocolate, and Japanese toilets. And I couldn’t afford to buy chocolate but I could’ve gotten a Converse pair of shoes. But I just don’t like them. 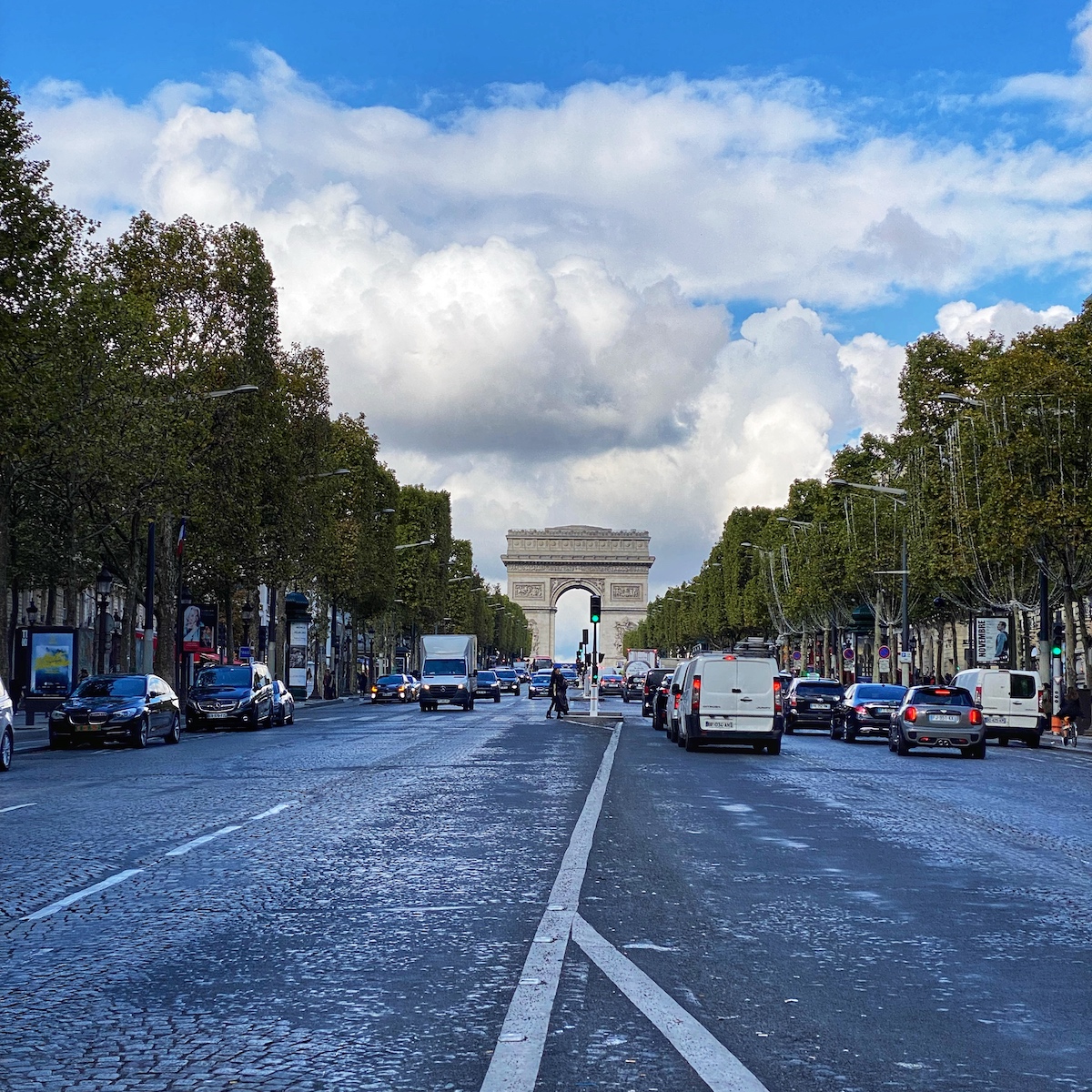 My very last walk through Paris was towards the tower. I’ve been in the city for three days now and only got to peek at the famous structure from around town but never from underneath. The Eiffel Tower is the symbol of Paris, the most famous tower on the planet, and the reason why so many girls say “yes” on the grass lawn to its left. That, the rings, roses and macarons. 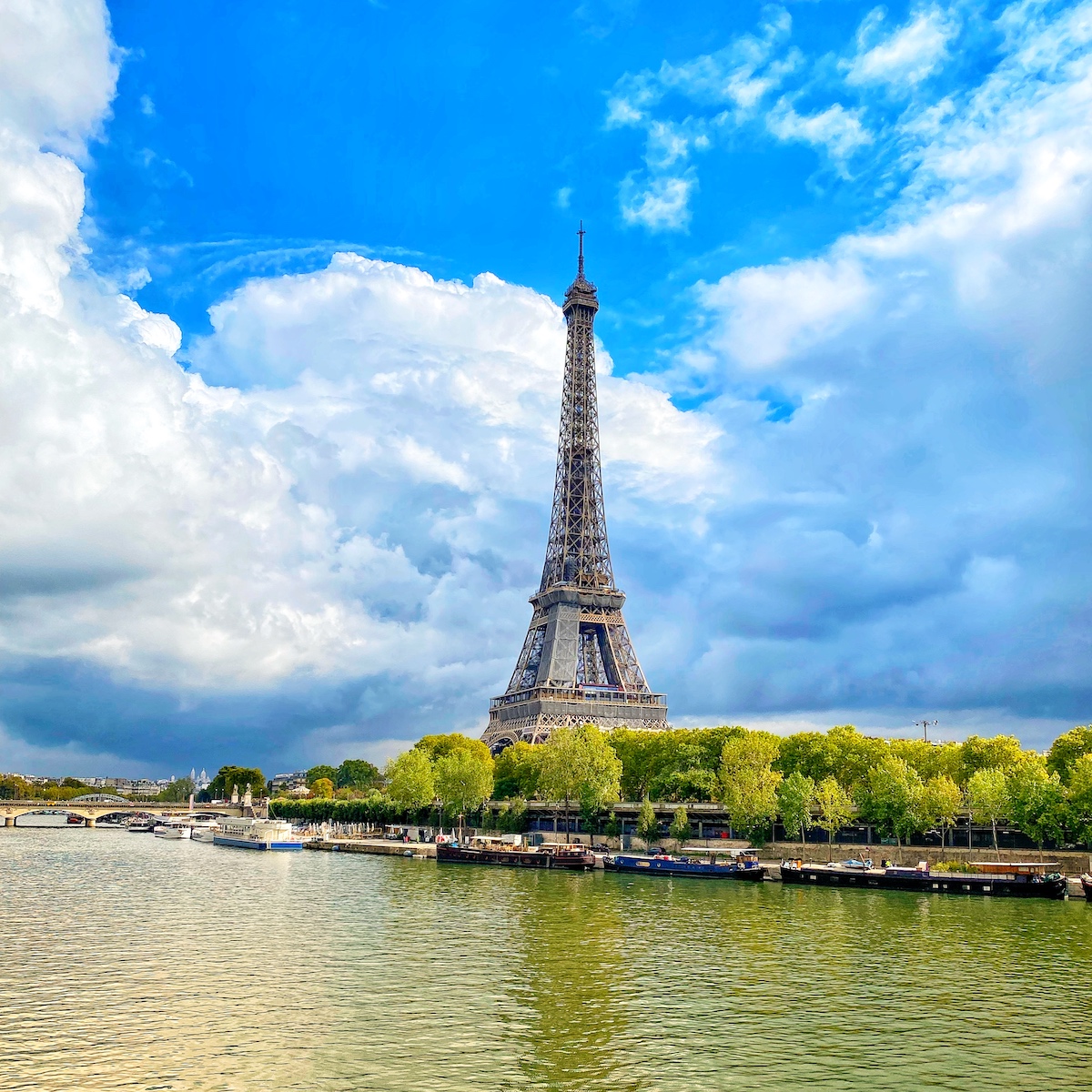 To me, the tower was whelming. Not underwhelming, not overwhelming, just content. I liked it, finding it a little quirky, a little weird, a little brown and a little shiny. It’s a good balanced architectural building, a combination of everything and nothing. A simple shape with an intricate design, making it look like something it’s not but exposing it for what it is at the same time.

A revolution in thinking and doing. A new piece of art in an oversaturated place filled with the world’s prettiest opera house, squares, palaces and museums. So different, yet so perfectly aligned with the city around it. Not really part of it but at the same time, the one element Paris has always needed in order to be complete. A broken rule that makes complete sense. 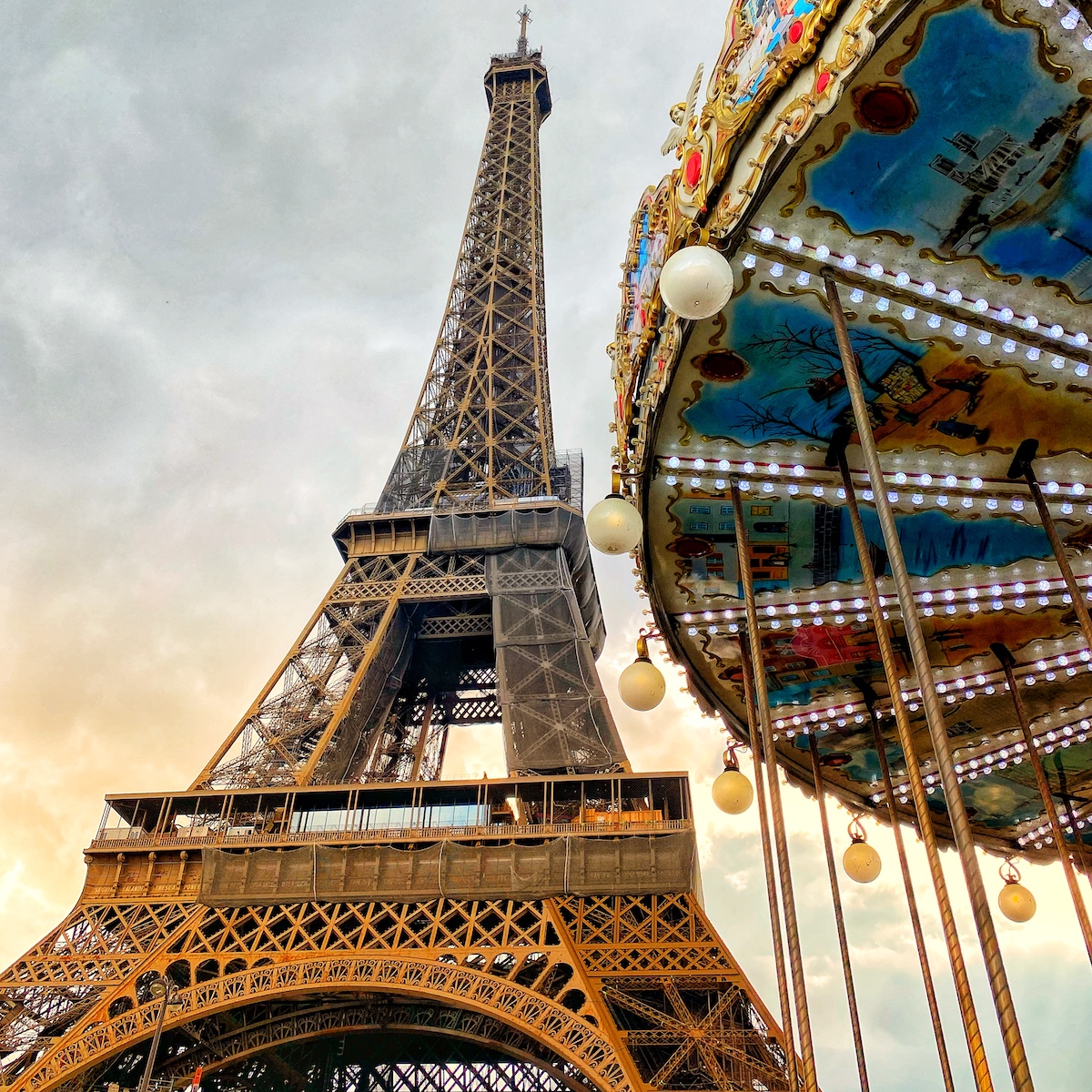 Food. The pinnacle of French culture. The universal language of the people of Paris, and the rest of the country. Croissants, macarons, baguettes, cheeses and wines, tasty dishes both elaborate enough to confuse you and simple enough to astonish even the most intricate patrons. Parisian food is simply EXCEPTIONAL. It was in Paris where I had the best fish of my life. 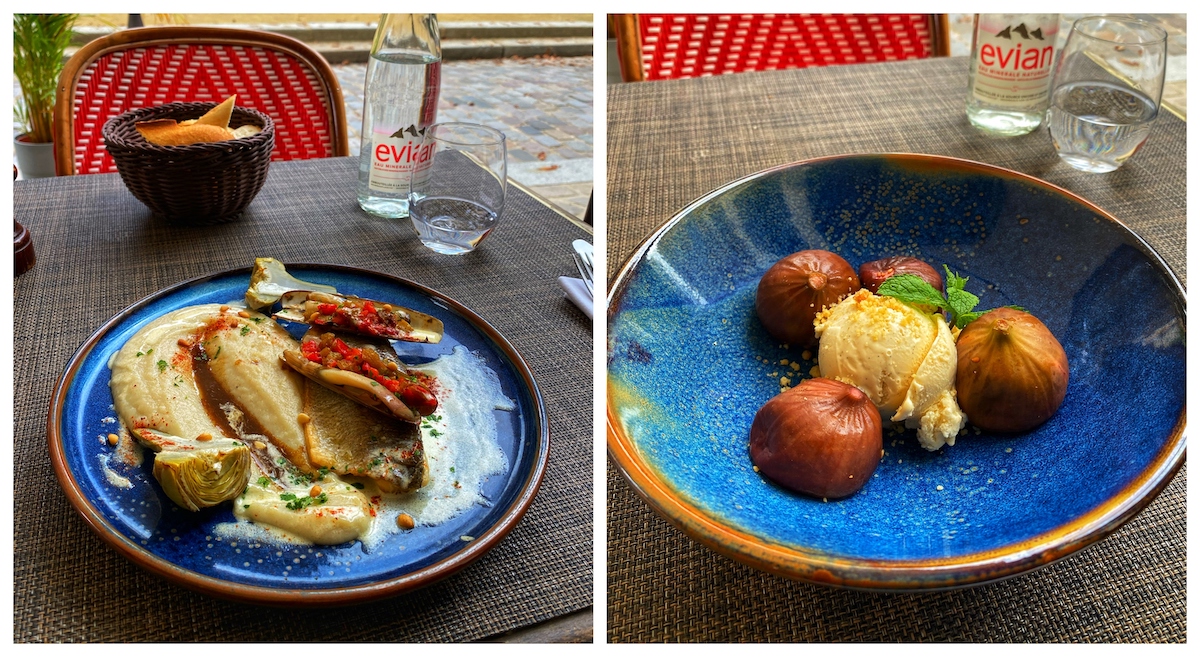 And it was such a great experience especially because I did no research before. I just sat down at this Restaurant Paul on my way to the Notre Dame cathedral. And when I got back up to continue my walk, I was a different person. And it only cost me 42 euros for the life-changing experience. Besides this place, everything I ate in Paris was simply spectacular. Delicious.

The croissant, the macaron, the sweets

Speaking of French cuisine, it’s not just about fancy plates with fresh fish and intricate sauces or mashes. The cuisine in France is also about the easy-to-grab delights, from the layered croissant to the delicate macaron. Filled not just with sugar, butter and flavour but also with love, years of history and culture, and the delicious and rich taste of France as an idea. 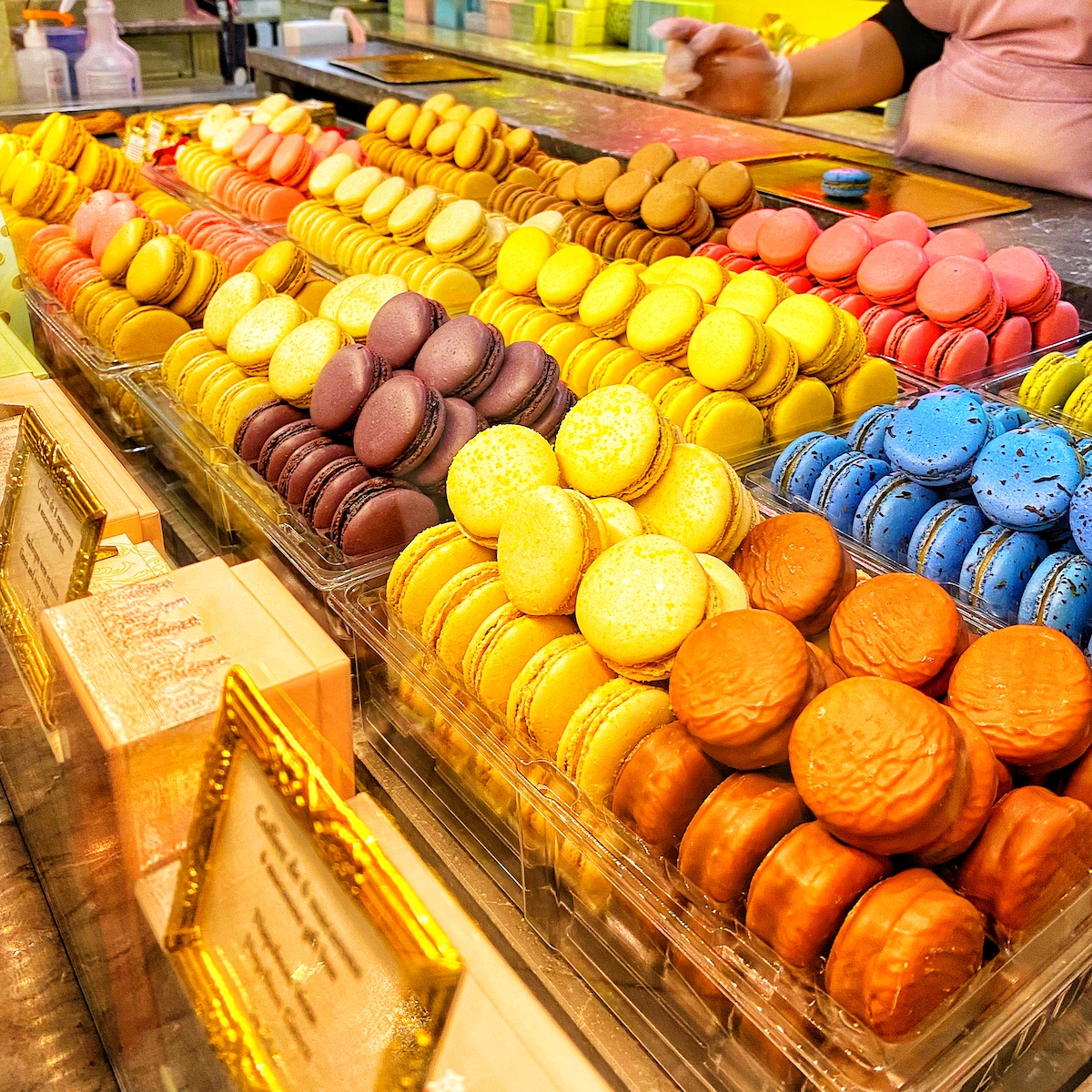 France is an experience, a cultural transformation, a place where even the smallest bites of food can turn you into a new person. It gives you hope to move through a rainy day when biting into a perfect eclair. Or the energy to move to your next meeting when tasting a pistachio macaron. Or the fine sensation of “everything is going to be fine” after you passionately bite into a croissant.

I could go on forever but there’s a fine line between talking food and going full-on sexual. And this is a kids-friendly blog so, I’ll stop here. Go to Paris and eat. You will get my point, I am 100% the food you’ll eat there will be among the best of your life, quality-wise. 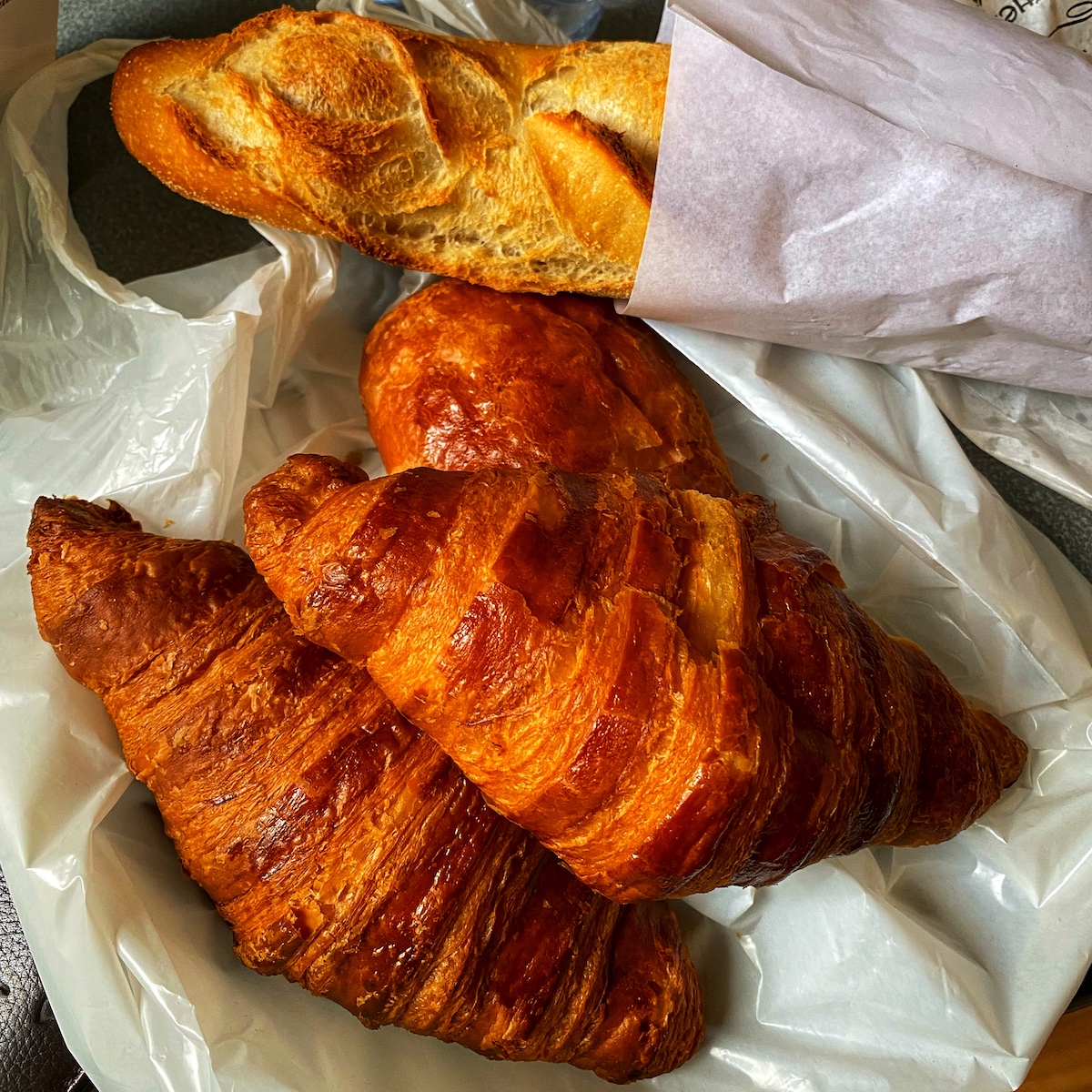 I just want to point out a ridiculous thing, mainly the water in Paris. Be it at the supermarket in the train station or near the hotel, or at the restaurants both fancy or budget, the water in Paris is EXPENSIVE. Is this Iceland, and nobody told us so? Why is it that water, the most basic and abundant good of our generation, is so expensive in this city? I had to pay $4 for a litre of water! 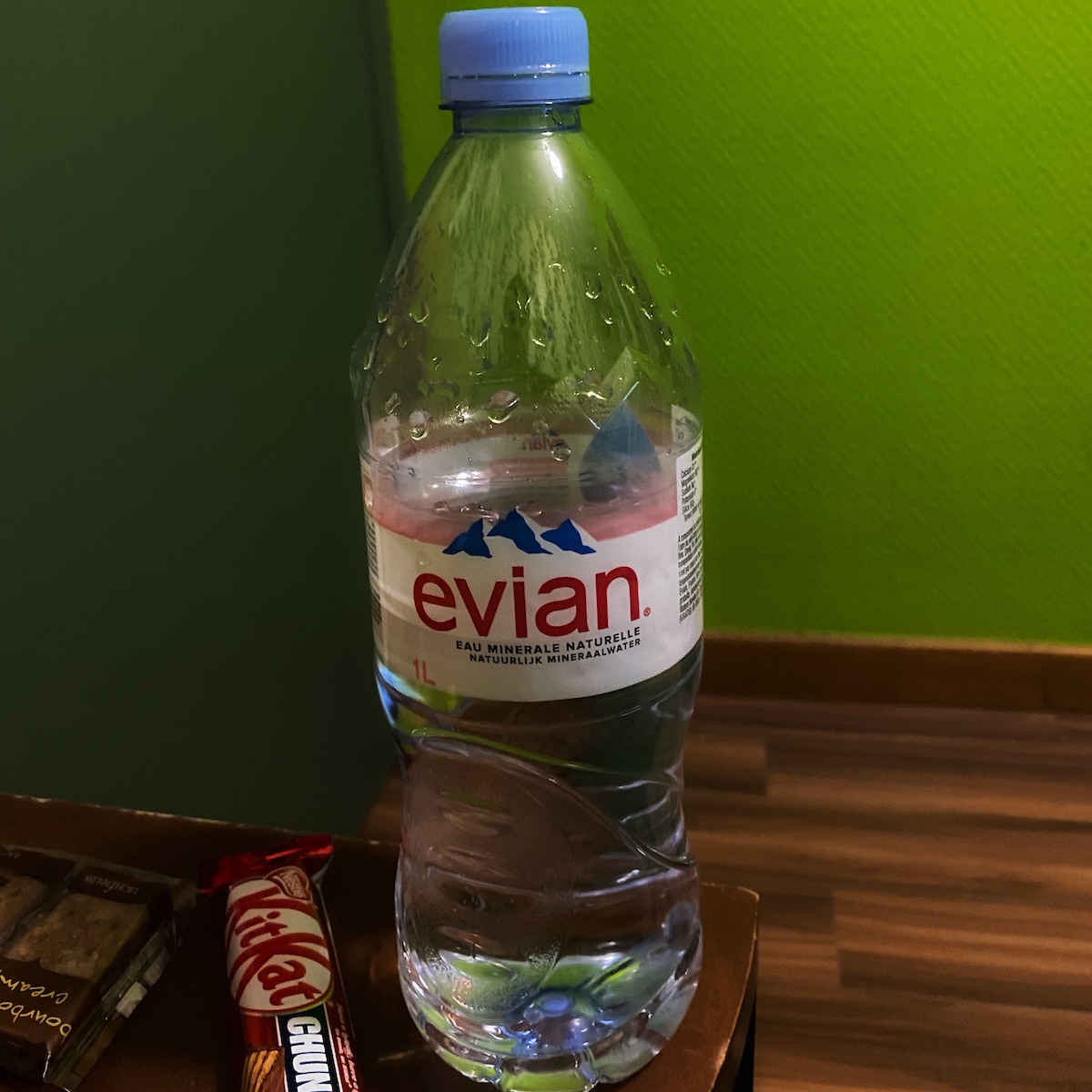 In conclusion, besides the ridiculous water, Paris is among the prettiest cities I’ve ever seen. No, it is not the most beautiful in the world for me, as it reminds me of Bucharest and that city needs a lot of work. Paris doesn’t, and yet it’s not my favourite. But it does have its own charm, no doubt. It comes with a surreal museum, a weird tower, incredible castles and churches… and…

Oh, the food! The food is what makes Paris what it is. If you eat in Paris, regardless of what you choose, you will remember that dish for the rest of your life. The quality of the food the French are serving is incredible, by far the best I’ve yet to try. So if you’re into great food, quirky towers, a spectacular museum you need a week to go through, and romance, Paris is the place to visit! 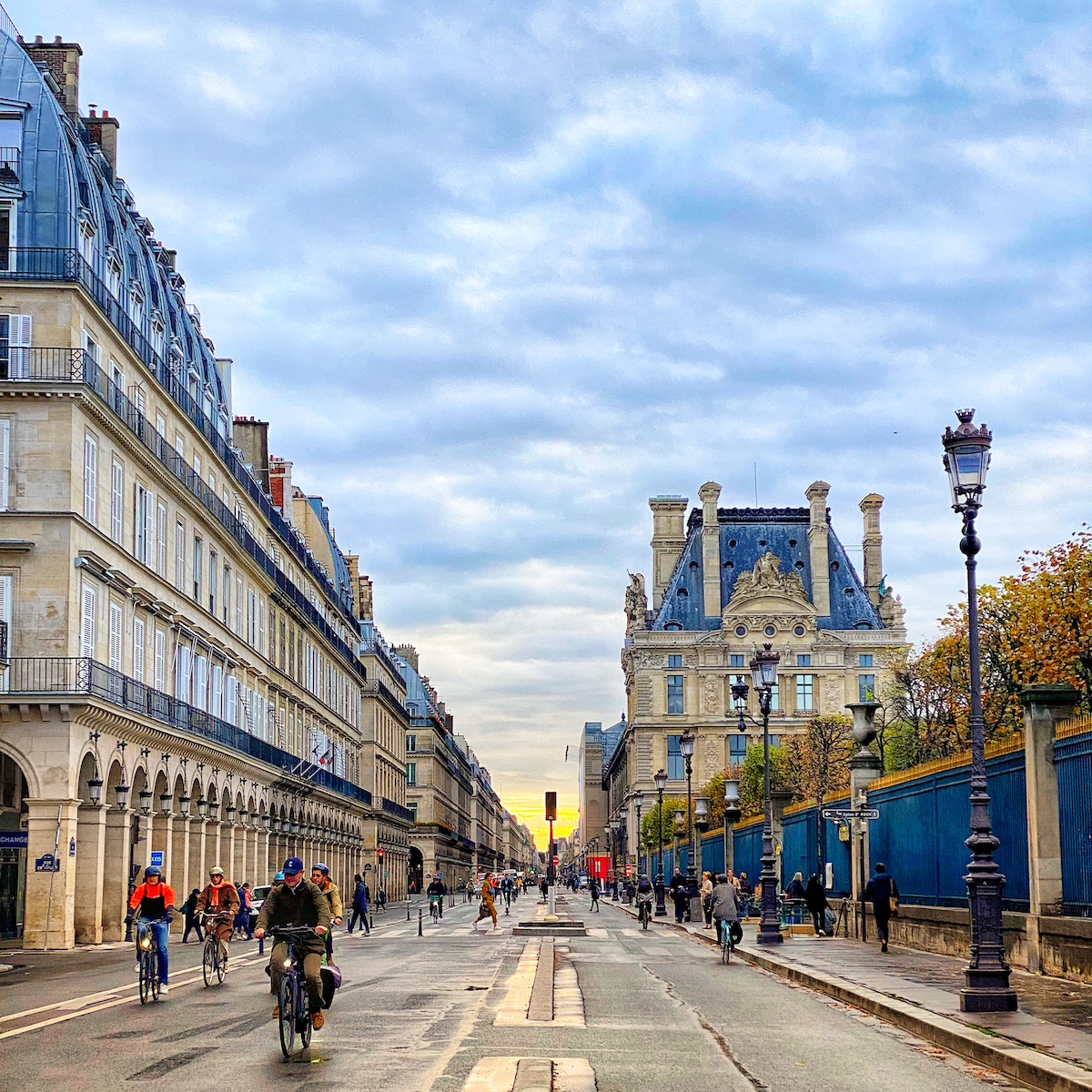