Ten Master Magicians Teaching Us Muggles How To Do Business Right

Magicians are incredible business people. They’ve been able to fill entire theatres way before the era of the internet. With the help of huge posters in which they appeared to be dancing with the devil for the entertainment of mortals, these characters have been the precursors of modern theatre and cinema, way before the invention of movies and plays. Even today magic is a 2 billion dollar industry, with shows happening all over the planet and an everchanging scenery in terms of props, tricks, modern illusions and even global conferences and brotherhoods.

I’ve been an amateur magician for at least 10 years now. I own more than 150 decks of playing cards, a ton of tricks both cheap and expensive, loads of books about magic and even a company that makes websites, all magic-themed. My passion for magic is deeper than anything else that I care for in this life in terms of creativity. And when it comes to business, some of the greatest minds in the magic world surely know what making money is all about. Their quotes on making things happen, both as illusions and in the bank account, are worthy of this lengthy post. 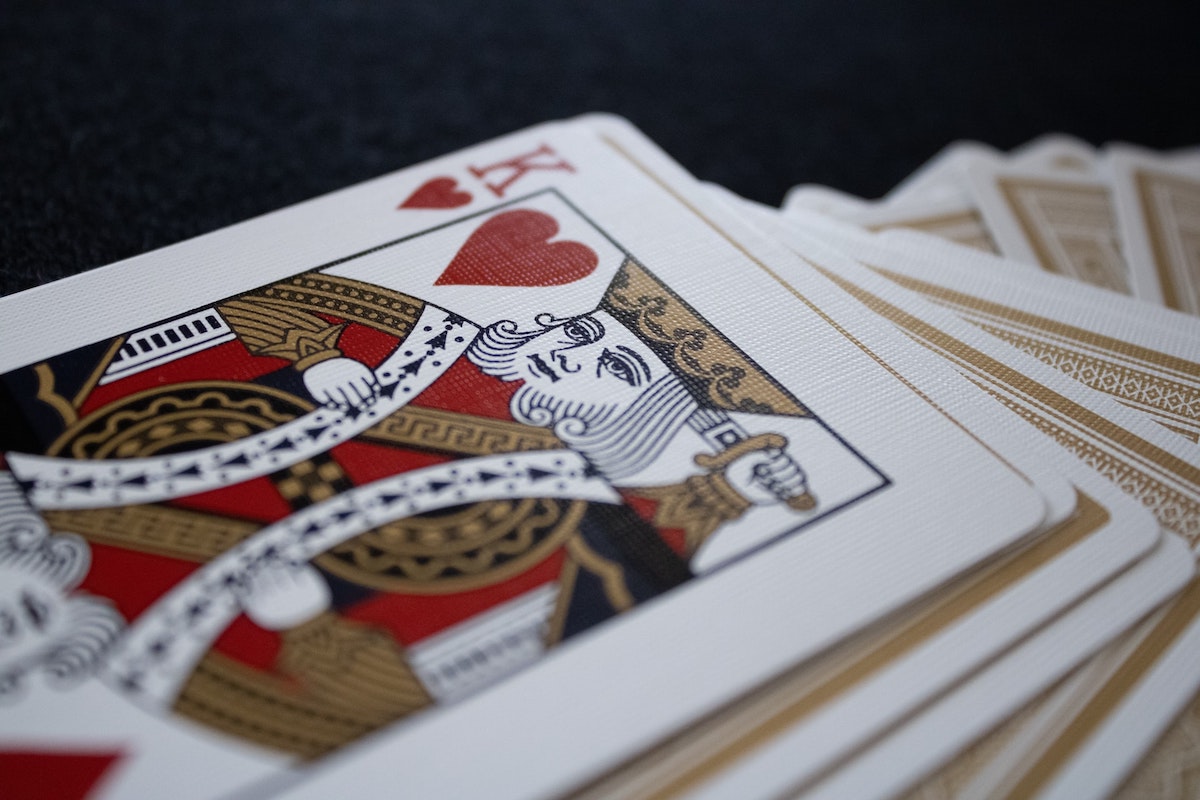 Revealing secrets is a big no-no

“It is the unspoken ethic of all magicians to not reveal the secrets.” – David Copperfield

Magicians believe in their craft. So much so that they will NEVER reveal their secrets, not even about their most basic tricks. Why? Because they know that, once you know how it’s done, the magic is gone. Magic is all about not knowing how the trick is done. What does this have to do with business? It’s relatable. While you should always be sincere and direct with your clients, as they are always right, you should always keep the means and ways of your enterprise hidden.

Never leave anything to chance

“Nothing must be left to chance in a magical performance. Everything conducive to enhancing the mystery of the illusions must be arranged with painstaking care and thought.” – David Devant

In magic, there are simple tricks that require nothing but dexterity and a deck of cards. And then there are huge illusions that imply using props, technology, as well as timely coordination with the helpers backstage in order to pull it off. Regardless of the situation, when a magician performs, they are always two, even three steps ahead of you. They know what’s coming up until the very last moment, until the big reveal. In business, leave nothing to chance, just like in a magic show. 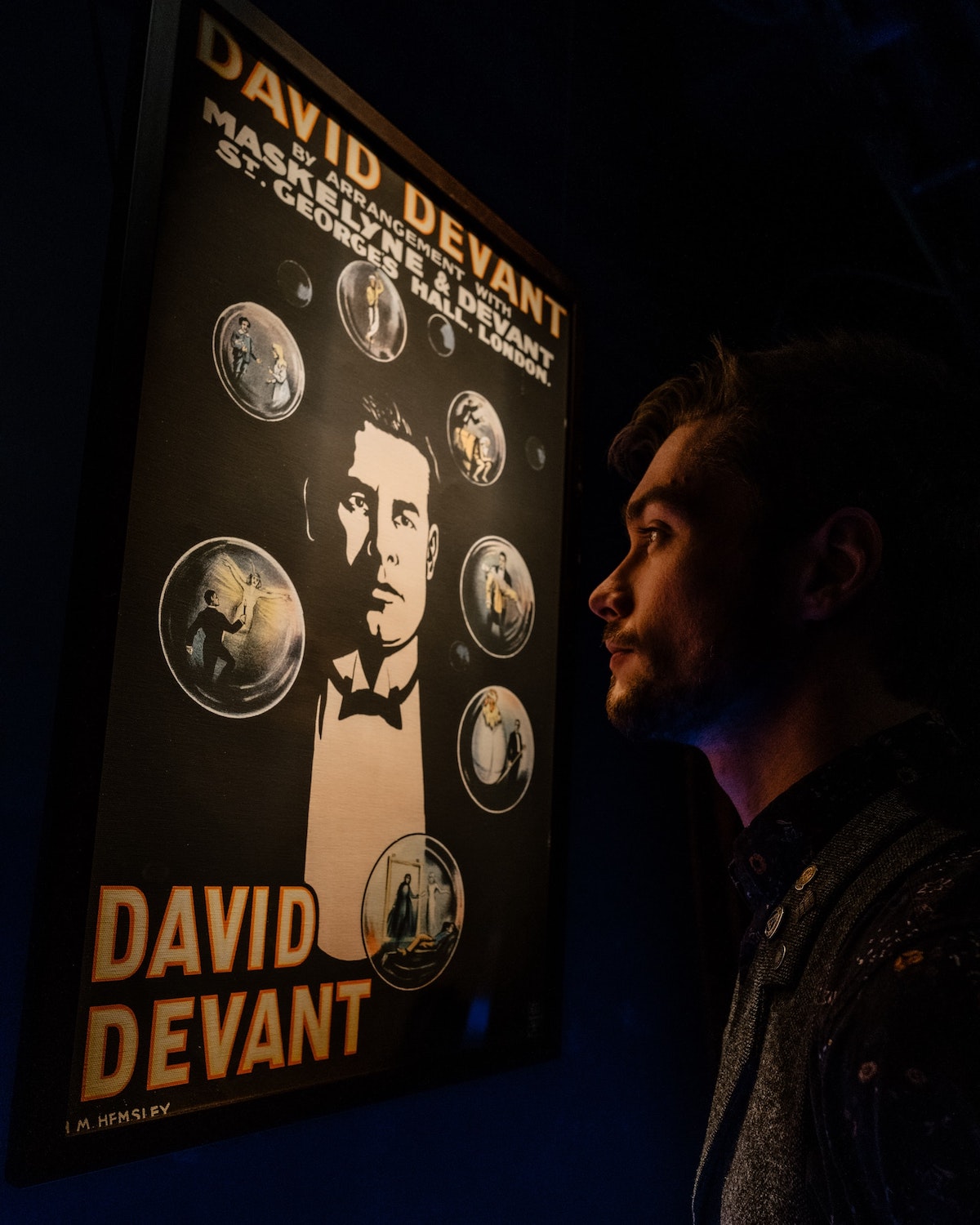 “Magicians have done controlled testing in human perception for thousands of years.” – Teller

Whenever you see a magic trick, you only see the part the magician wants you to see. You never see anything above or beyond that but just the right display of what the trick should look like. Perception is everything when it comes to magic, and the same goes with business. Based on how you present yourself and your product, people will perceive you in a certain way. Fail to appear interesting, honest, or rightful, and people will simply not buy from you.

Storytelling is where the magic happens

“Magicians will always tell you the trick is the most important thing, but I’m more interested in telling a story.” – Marco Tempest

Any good business owner knows that there is no profit without a good story. Regardless of how great you are with magic tricks, the act of performing the trick alone, even flawlessly, is never enough for the amazement of the audience. You also have to tell a story that people remember, as they will not remember your incredible moves for more than three days. But they will surely remember the story behind it, and how you told the tale by showing them the impossible, right before their eyes. In business, telling a story that people can relate to is vital to your success.

The greatest magician who couldn’t do magic

“The easiest way to attract a crowd is to let it be known that at a given time and a given place someone is going to attempt something that in the event of failure will mean sudden death.” – Harry Houdini

They say some of the greatest coaches in football, gymnastics, you name it, are not the greatest at the sport they teach. Harry Houdini is the most famous magician of all time. Yet in terms of actual magic, he was mediocre at best. He was a great escapologist but given a deck of cards, he wasn’t the best and brightest by any means. He wasn’t bad either, yet crowds were attracted to his shows because of how he sold them the idea of witnessing the impossible. 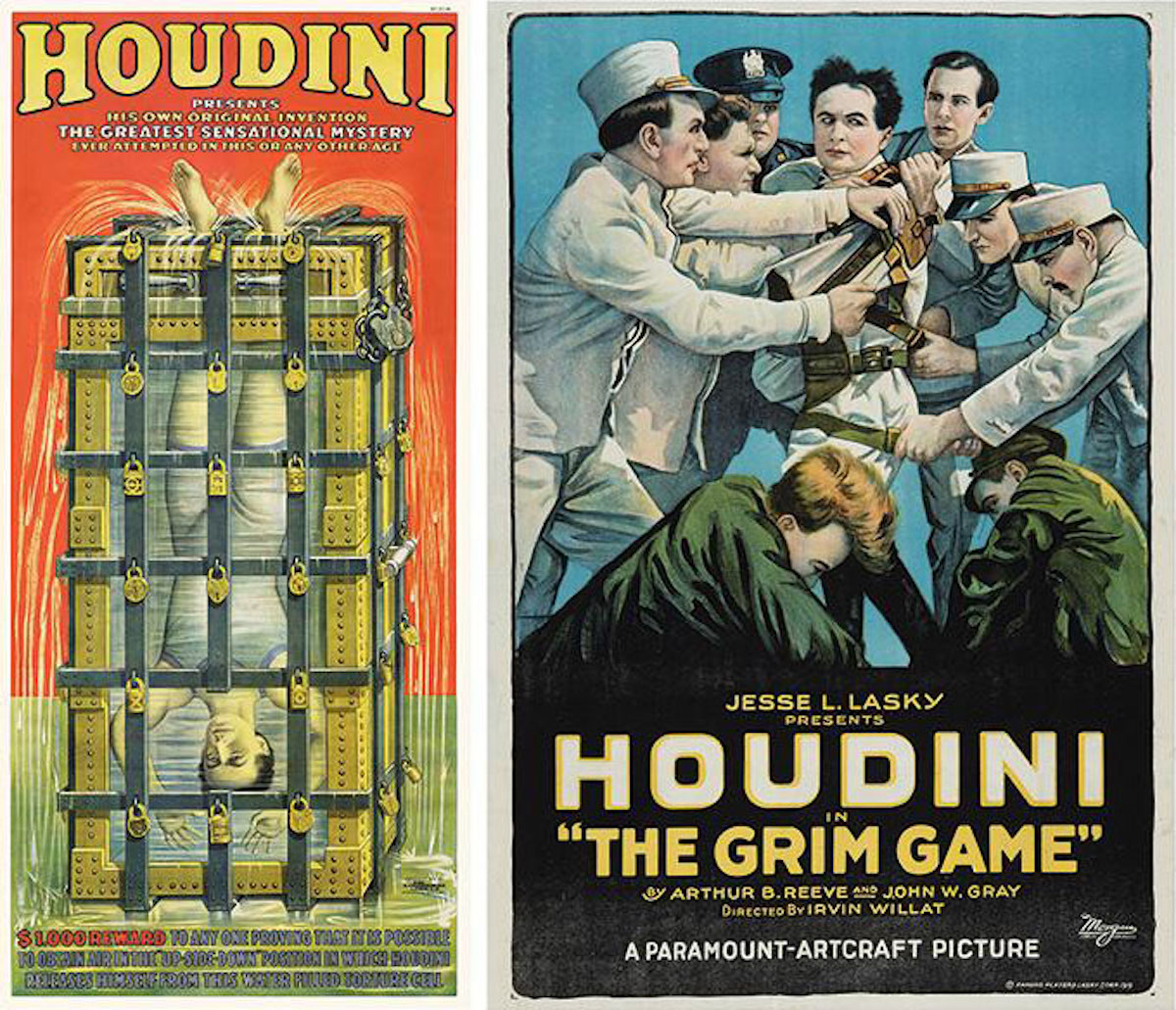 “What the eyes see and the ears hear, the mind believes.” – Harry Houdini

When you tell someone that something is about to happen at a certain time and place, that someone is 99% going to be there to see it. And so did Houdini became the greatest of them all in terms of performances, although technically, he wasn’t the best magician by any measurement. Here comes Houdini’s extermination team of hater bloggers! The mind believes what the eyes see and the ears hear, as he said. When doing business, it’s important to deliver a strong, impactful message, especially when launching a new product or service. Have the crowds gathering and you’re 90% there with a sale.

Honesty is crucial in any profession

“Magic is the only honest profession. A magician promises to deceive you and he does.” – Karl Germain

No matter what you do as a professional, it is important to be honest and keep your clients within the lines of truth. Don’t lie to your customers, as they will surely catch you eventually. And when they do you will lose those people forever. Magic, in that regard, is the most honest profession ever. The magician tells you that you are about to be lied to, deceived, and made into a buffoon for a second. And then, he does EXACTLY that. Apply the same principles to your business and clients will keep around for ages, as honesty is the best branding you can do for your company or service. 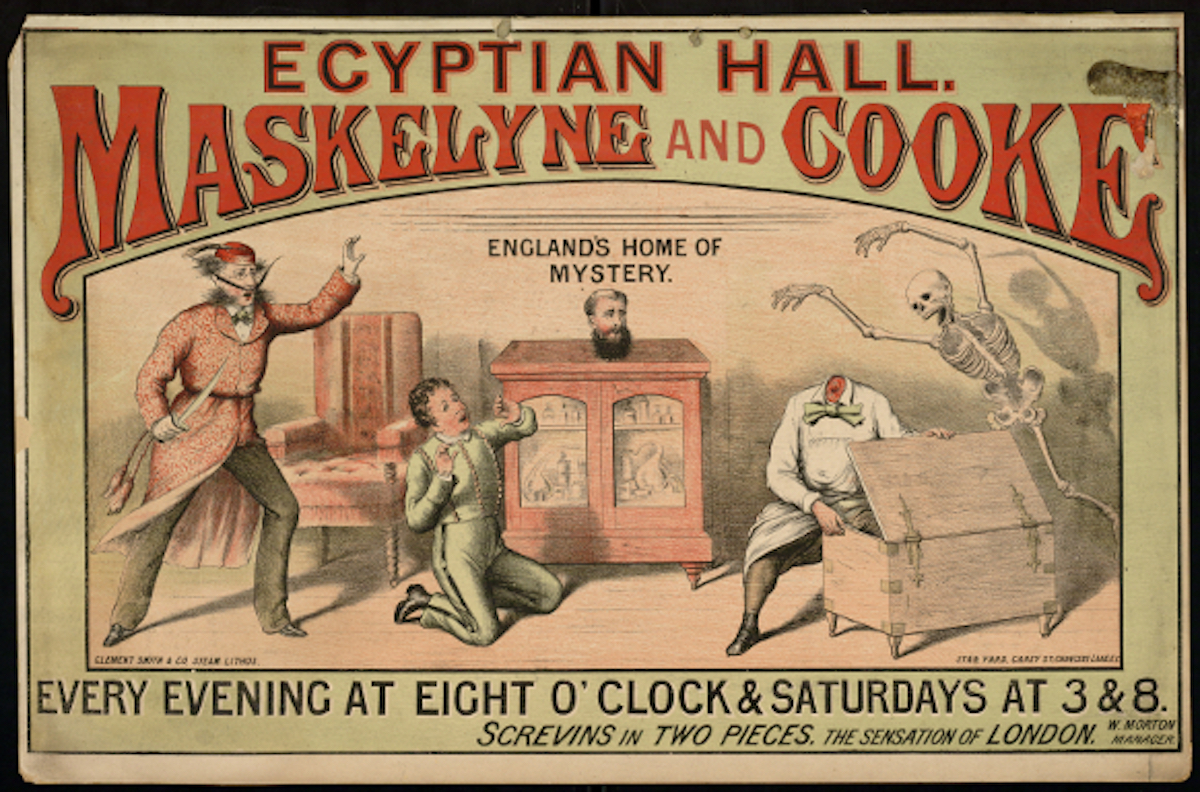 Be confident in what you deliver

“A lot of unconfident kids do tricks because it’s the quickest route to impressing people. You can stand behind something amazing and people think you’re amazing.” – Derren Brown

Confidence is something you build upon for years, not something you are born with. You can build confidence by constantly putting yourself in those situations that are uncomfortable to most people. The more you get out and do things that scare you, the more your confidence will grow. Because people don’t get born on this planet with confidence, it is right to fake it at first. Appearing to have things under control will convince not only your clients but also your own brain, constantly looking for ways to beat you up and tear you apart. Controlling your mind will result in controlling the outcome of your action.

Most of your clients are regular people

“The average man is not hard to mystify.” – Howard Thurston

Companies often look for ways to amaze people that are too intricate. Remembering that most of the people you are selling your products or services to are average is important. It keeps you out of overdelivering and then waiting for clients that will never reach you because you are doing too much. Normal people, as the great Thurston said, are not hard to mystify. Or impress, if talking about business. Keep it simple, direct, and honest. 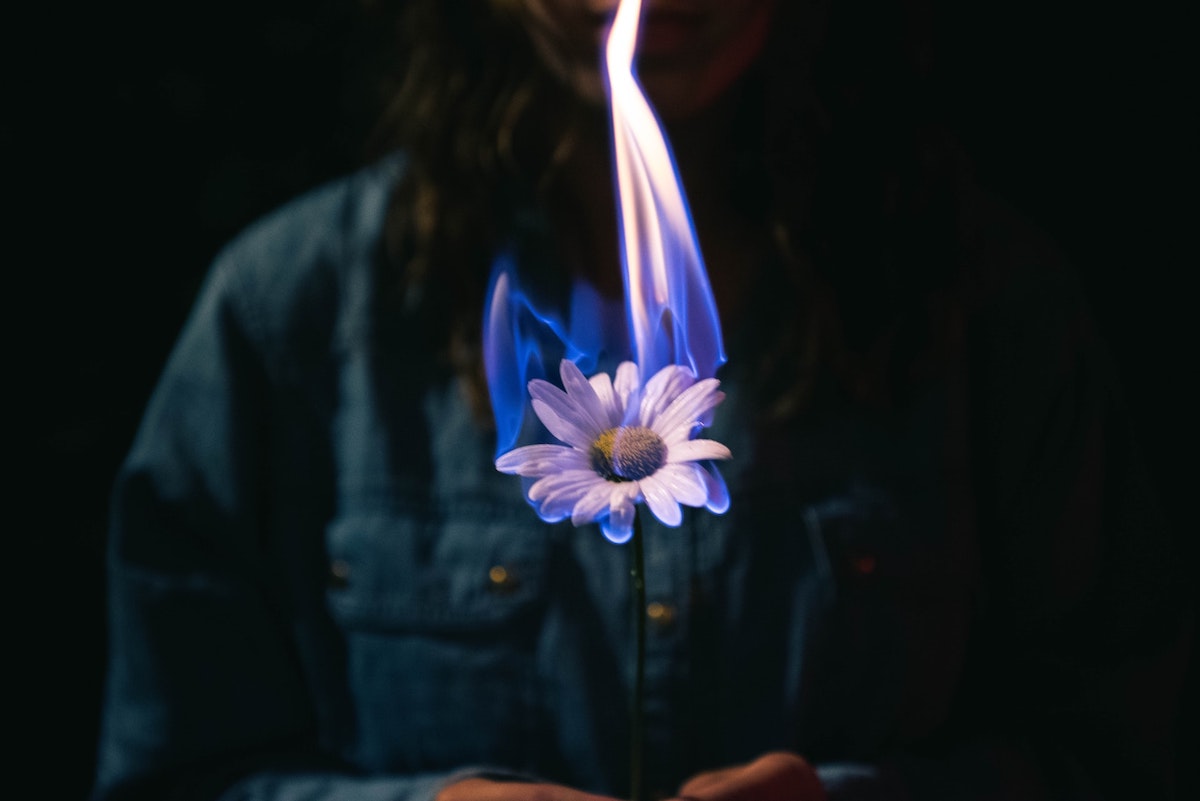 “Suspend for a moment your disbelief and encounter once again the sense of wonder you knew when there was… magic!” – Andrew Lord

When we were little kids, something as simple as a train passing by was perceived as a magical moment. Growing up our standards have surely come up but in the meantime, we are still able to enjoy the little pleasures of life if we want to. Magicians know how to benefit from these simple moments, making it magical for you to witness the changing of a playing card from red to black. Even though a simple sleight of hand move, the way the magician presents it makes it unique.

Whenever you tell someone about your service or product, create a magic moment of wonder. Don’t just tell them you sell rocking chairs, tell them you sell a brief moment of relaxation for when they get home from work. Or a lasting present for their beloved grandma. Sell the reason behind why people buy your products or services, not the items. People buy into emotions and moments, not material things.

“A magician is an actor playing the part of a magician.” – Robert Houdin

Finally, there is nothing worse you can do than pretending to be someone else. If you are good with writing, stick to that topic and perfect your craft to the maximum. Don’t pretend you’re a good singer. Write the lyrics for a song and find a voice for it. Magicians are simply actors, playing the role of a magician who amazes his audience, and that’s exactly what you’re getting when you watch a magic show. You don’t get an actual wizard but an actor who trained for years in order to make it seem like you’re in front of a wizard. Play your part right in your business, and the people will follow you anywhere you go.

I got the inspiration for this article from this awesome blog post.