Welcome aboard party people, this is my experience taking the Eurostar train from London to Paris! We’ll talk price, schedule, route, seat, food and service on board, but first, I’ll let you know that this train runs underwater. Yes, there’s water between England and France so instead of building a very long bridge, constructors decided to go under the water to build a tunnel.

They’ve called it the Channel Tunnel, after the English Channel or the Dover Straight that it goes beneath. It’s 50 kilometres in length and it goes as deep as 70 meters at some point. You only need 20 minutes or so to go through it with the Eurostar train, which reaches speeds of 300+ kilometres per hour. Now that’s crazy fast, considering trains in my country run backwards. 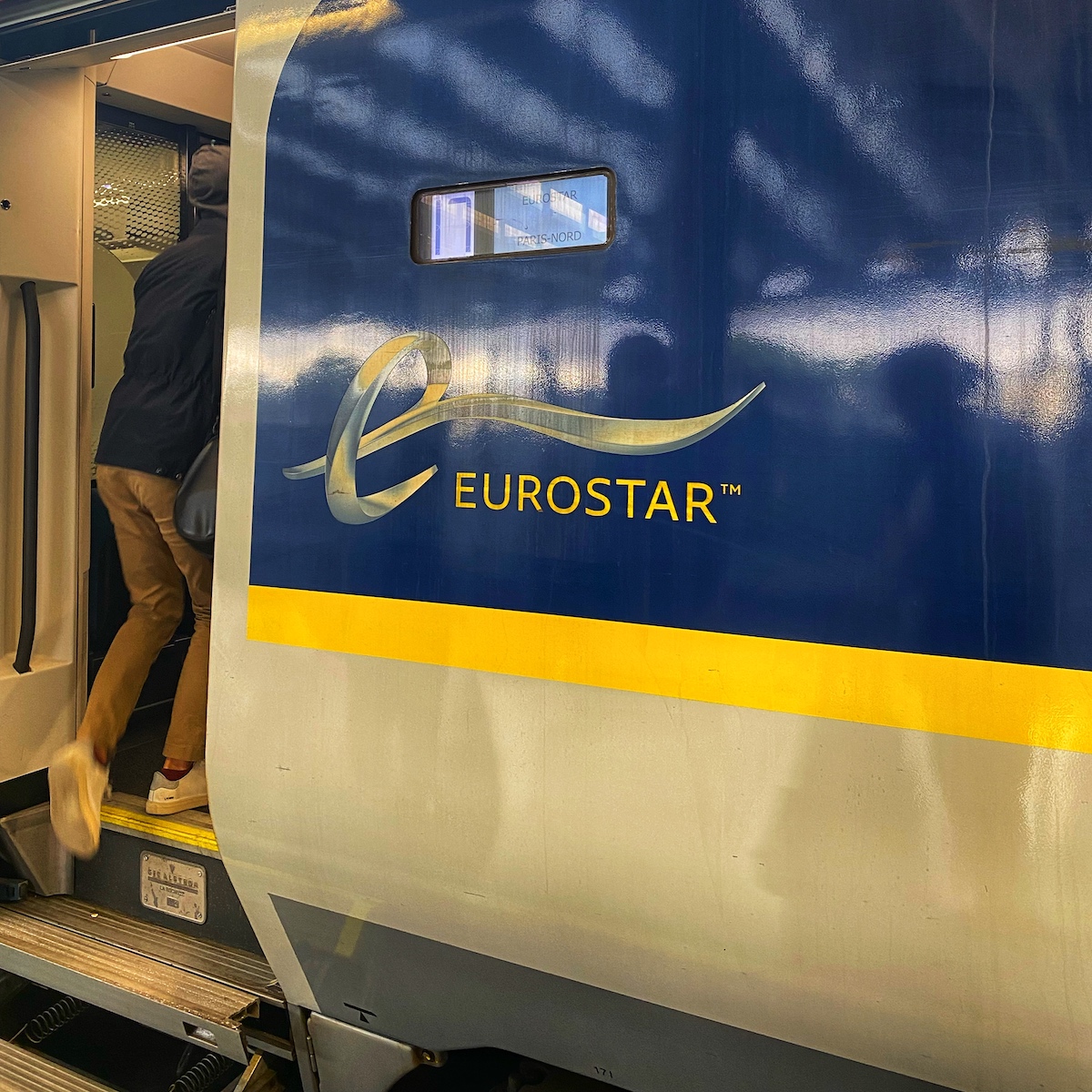 I got my ticket online. I failed to do it on the official website. Then I tried going on one of those third-party deals websites that I love so much. Sarcasm. And those didn’t work so I went on the SNCF website, which is the official website of the French railways, I guess? Nevertheless, that is where I was finally able to get the goddamn Eurostar ticket. Here’s the link, I’m here for you.

In my case, the one-way ticket from London to Paris was 65 euros or about the same in dollars. In comparison, a flight from London to Paris would’ve been around 50 euros. Yet you have to take into consideration transfers from the city centres to the airport, which are at least 15 euros each. And coffee in the airport, which in London is at least a fiver now. And the extra time!

At the station in London 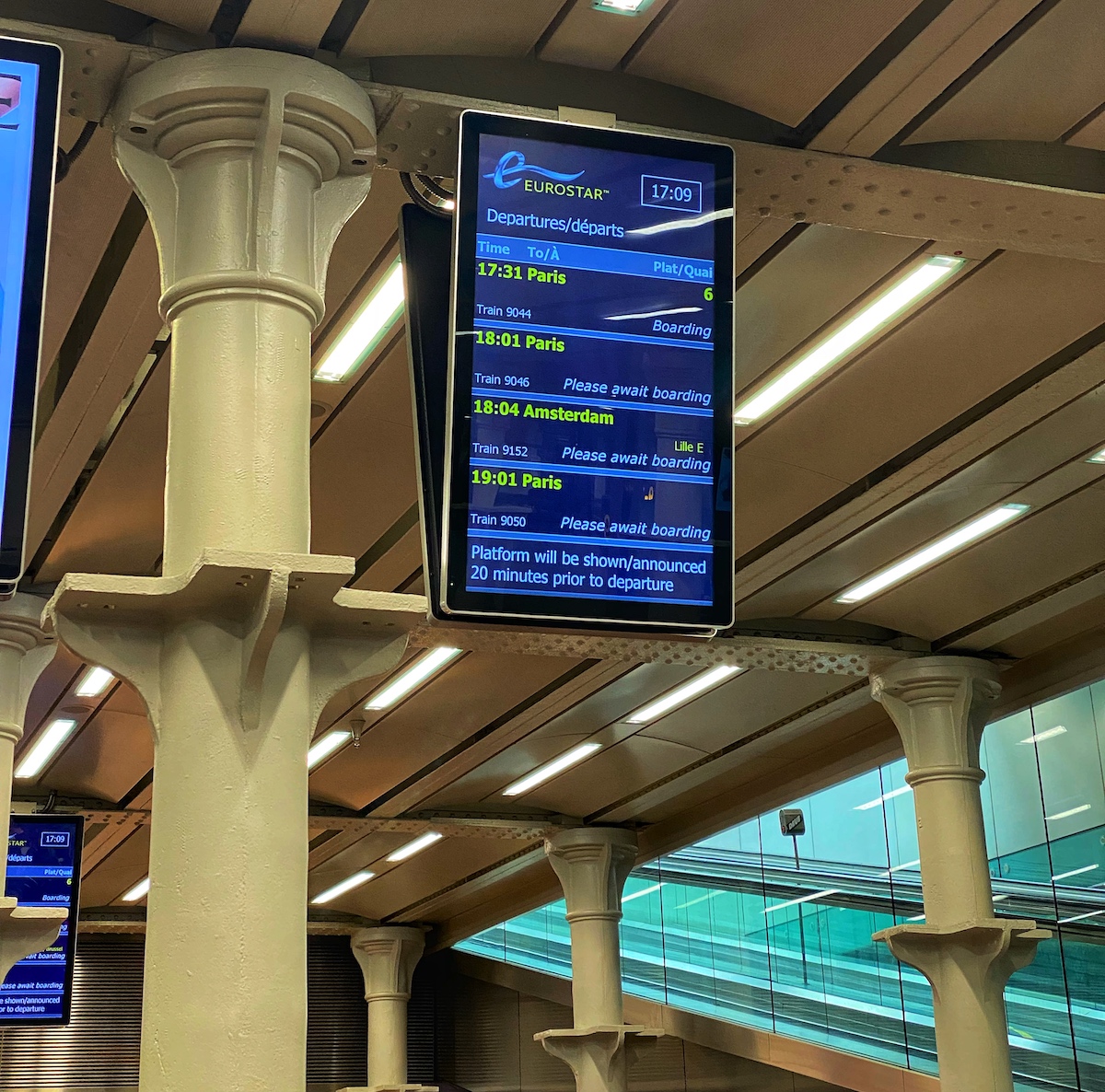 As instructed on the ticket, I arrived at the St. Pancras station in London an hour before my departure. I arrived several hours before but that’s because you have to leave your hotel at 11 in the morning now, although you check in at 16 in the afternoon and pay for a full day. When the time came, I went through security and passport checks and was over with them in 15 minutes.

In the waiting area, there were just enough seats for the number of people that were waiting for the trains. The place was packed but manageable, thank God for no delays. Also, when the platform was shown, only one gate towards it was unlocked, although the train was full and the waiting area as much. This is an 18-carriage train, not your daily London to Cambridge Regional. 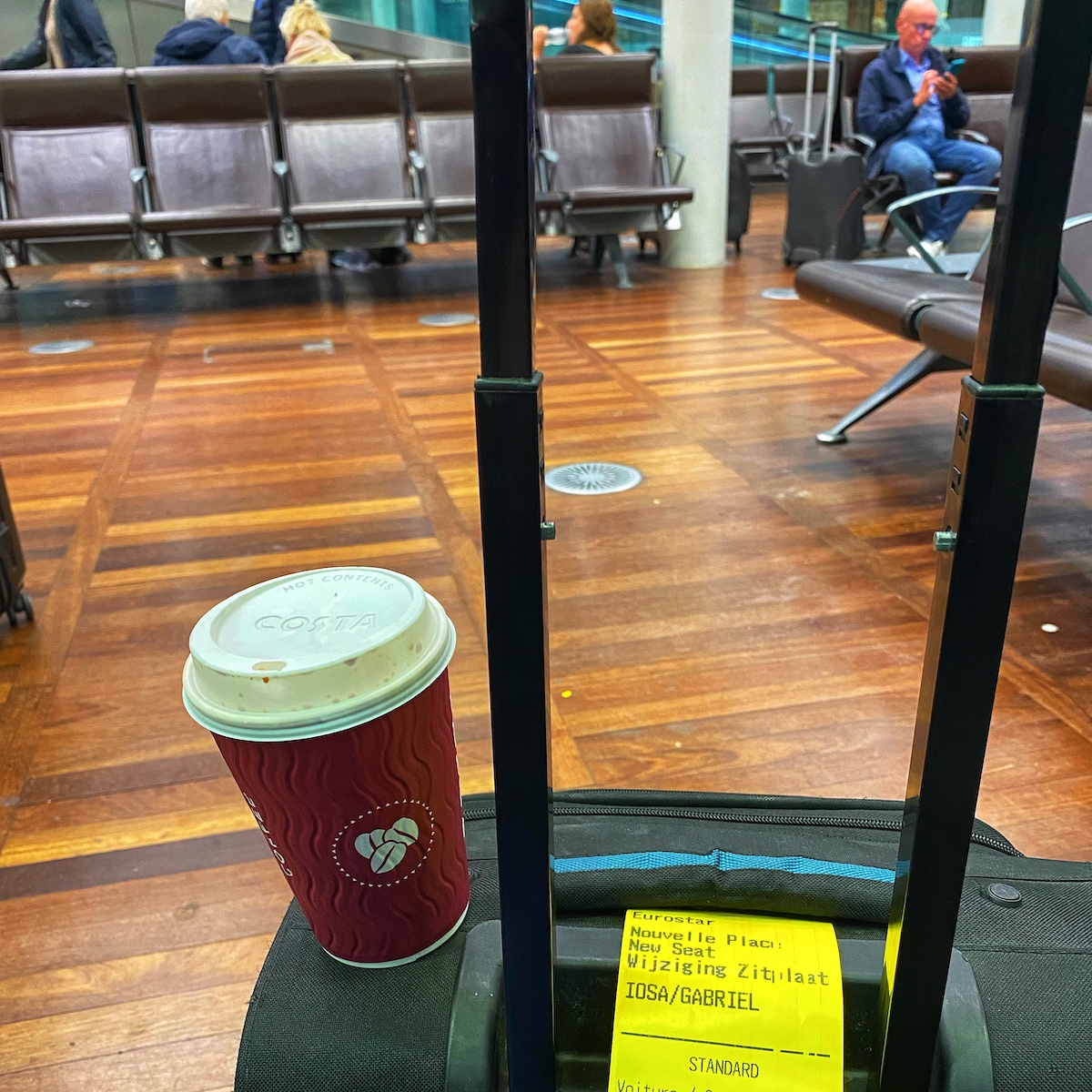 I’m sure the seats in business class or whatever they call it on the Eurostar are a bit better but not worth the upgrade. The normal seats? Decent. For a 2-hour ride, I’d have stayed on a wooden chair with three legs like my grandpa used to milk the cows back in the day. People complain about the seat in Standard Class on the Eurostar. My only complaint is about people.

Especially to my neighbour. Who spent the first hour of the ride trying to bribe one of his friends into buying some cryptocurrency from him at a “lower” price than the market. And his friend not wanting to do so. And then the second hour of the ride trying to get a girl to sleep with him that night. And miserably failing at that as well. The seat itself was comfortable enough for me. 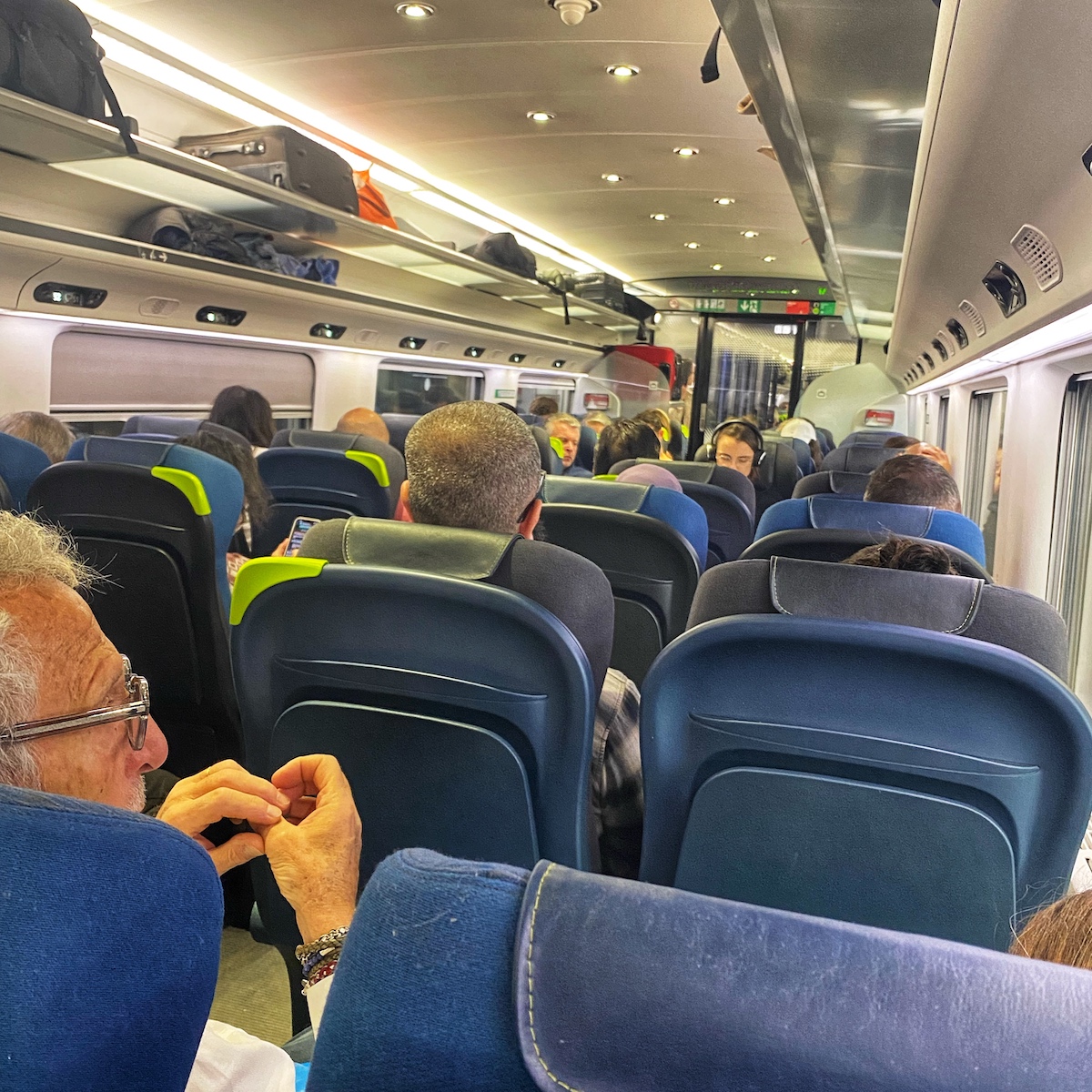 I stumbled upon the food car on my way to the bathroom. The bathrooms are nice and spacious by the way, much better than on a plane. Coming back to the food cart, the offer is wealthy, both in diversity and prices. You’d end up paying a tenner for a sandwich and some coffee. That is not bad but not great either. You’re better off waiting to get to Paris and have some real food. 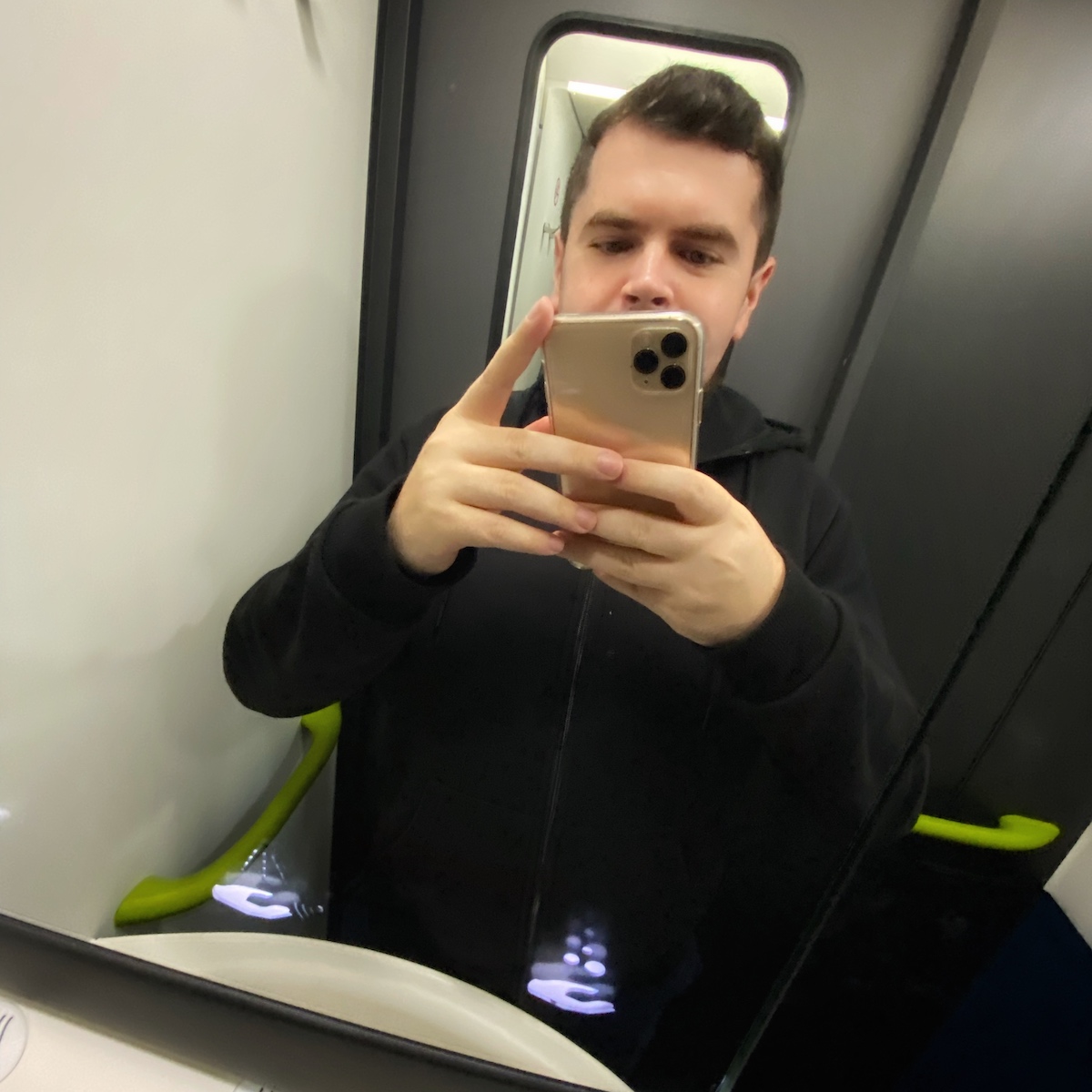 There is internet onboard, which is great considering you’re going under the water for a good 20 minutes of the trip. Data also works even when underwater so… yeah, this IS the future. EurostarTrainsWiFi is the network you need to pick for the internet. Unlike the LNER train from London to Edinburgh, in which there was no internet, this one worked perfectly. Huzzah!

Besides the internet, there’s not much else to do on this train. Of course, you can have a glass of wine in the cafe car but that’s about it. Well, to be honest, the ride is just over 2 hours so, if you can’t stay put for 120 minutes with some internet in your hands, you should really go see a specialist. I used my time on board to film a vlog and also read thanks to the reading light. 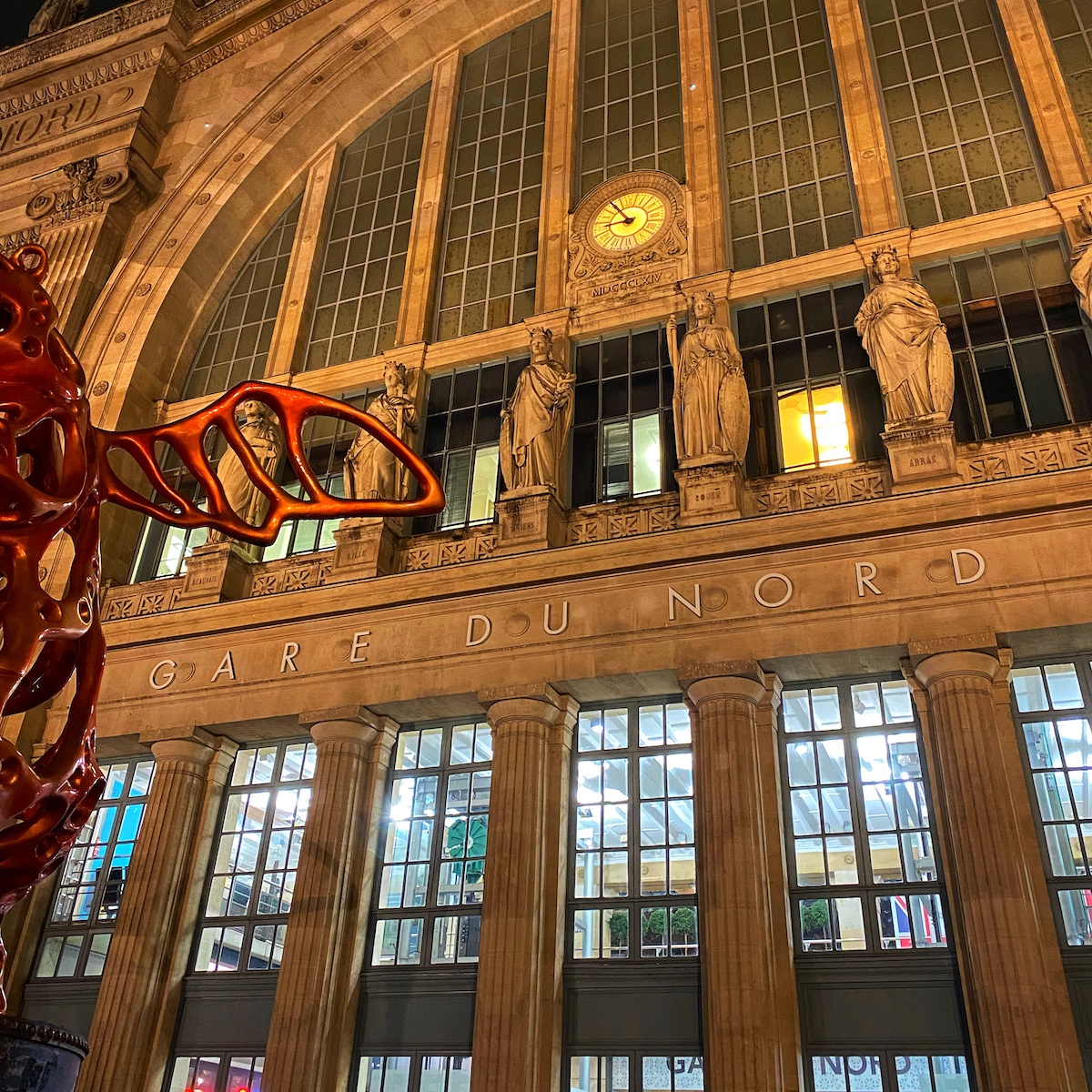 We arrived in Paris at the exact time we should’ve as per my ticket. I don’t remember that time but I’m sure I checked and it was dang right! The Gare du Nord in Paris is massive, beautiful, clean and felt safe. Unlike many other big European train stations. There is a metro station right under the tracks where the Eurostar lets you off. It’s super easy to get anywhere in the city.

I’m a sucker for the journey, not just the destination. So when the opportunity came to put my behind on one of Eurostar’s seats from London to Paris, I gave it no second thoughts. I loved the experience of going underwater with a train that’s nearly a kilometre long. Not gonna lie, my nerdiness level was palpable! I cannot wait to get to Japan now, to ride the Shinkansen… 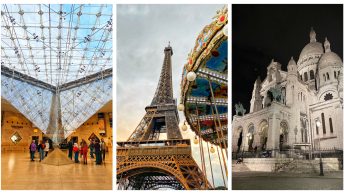