How To See London In 3 Hours Without Losing Your Mind 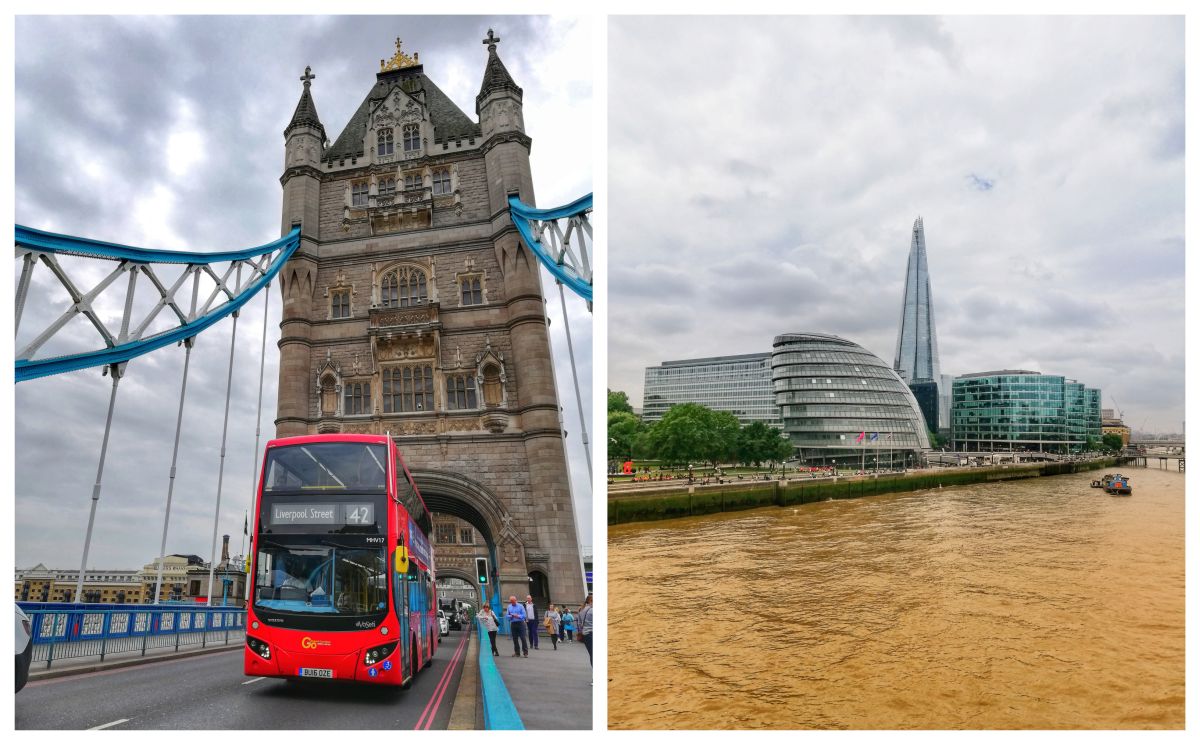 When it comes to how to see London or any other big city, it all comes down to timing. Do you know what’s grand in London? Besides the West End, the Eye, Big Ben, The Shard and all other impressive structures and bridges?

It’s so big, you can’t cross it from one end to another in a day by foot. You can do that in Rome, Berlin or Amsterdam. Not in London. In London, you can barely do that with public transportation. By foot? Only if you’re related with Usain Bolt somehow.

Still, the good news is most landmarks in London are reachable from the banks of the Thames, the river that flows through the city. Which is why, in about three hours, I’ve come up with a walkable path that took me around London and beneath or near the most important buildings of the city. You don’t really have to go in, which makes things easier. I saw The Shard, Borough Market, City Hall, Tower Bridge (and all the other important, but no so impressive bridges until the Millenium Bridge) Tower of London, the financial district with The Gerkin and The Walkie-Talkie, St. Paul’s Cathedral, The West End and The London Eye (which is steps away from the Big Ben, but I saw the clock on my previous trips and its still under renovation now) by the end of the walk.

Map your way through the city

In total, the walk to see London is about 5 kilometres long, but with the required stops, it took me about 3 hours to do it. It can even be done in an hour if you simply stop for just a picture or two. First, here’s a Google Map version of the walk, so that you can put it on your phone and go by it.

Now, some of you might be tempted to go to the top of the Shard for some amazing views over London and a ridiculously expensive entrance fee. That’s totally cool, but it’s not my style of doing this travel thing. I just love to discover and get the most out of attractions without spending my savings away on things I don’t have to really pay for.

What not to see

You can even see London from the inside, not just from the outside. I paid for a West End ticket and it was the best decision of my life, yes. I also saw this, which was a life-altering moment for me. But when it comes to museums, tall towers and exhibitions, I really take my time and analyze if the entrance fee is really worth it or not. For example at the British Museum, although there’s no entrance fee, I bought a pen and that was my way of showing my appreciation in monetary form for this amazing museum of humongous proportions and value. There’s nothing wrong with visiting the insides of these places, but keep in mind these detours will cost you not only (serious sums of) money but also time. If you’re stopping for attractions, add at least one hour per stop to your overall time.

With that in mind, another way to see London’s attractions is by underground. The metro system in London is spot on. It works perfectly and it saves you time, it is reasonably priced and can be a tad stuffy at rush hour. Although you see the top spots of London by going with the tube, you won’t be seeing much of London. Which cuts out a big part of the fun. If you’re in a rush and want to check as many sights as possible, then the tube is the way to go.